He Xiaomi my Mix was presented with the Xiaomi my Note 2. This was characteristic by have of screen curve, Dual Edge, but the first left speechless to all by its enormous display, but above all by them millimeter marcos of screen, reduced to the minimum expression. However, a thorough measurement has left to see that the manufacturer has exaggerated the data with respect to this feature of the model.

While different brands as Sharp already made something similar months back, Xiaomi is wearing the cat to the water with the Xiaomi my Mix. Its spectacular design by flag has been widely accepted among lovers of the phablet, not only for the 6.44 inches Panel, but by its design and construction with ceramic. Within the design, a fundamental aspect in the aesthetics of team has been the visual effect generated by the practical absence of the screen frames.

Indeed, one of the data offered by the manufacturer in Xiaomi my Mix presentation to highlight this aesthetic feature was the ratio which occupied the screen on the front of the team. That data was announced as a 91.3%. It certain is that under the images offered by the own Xiaomi through its page official left see such detail.

However, once the phablet has been on sale has come into the hands of more and more users. The curiosity of these has served to put to test the resistance both of the screen as of the housing. Now they have also wanted to check if such a measure on the proportion on the front of the team that occupies the screen is such. 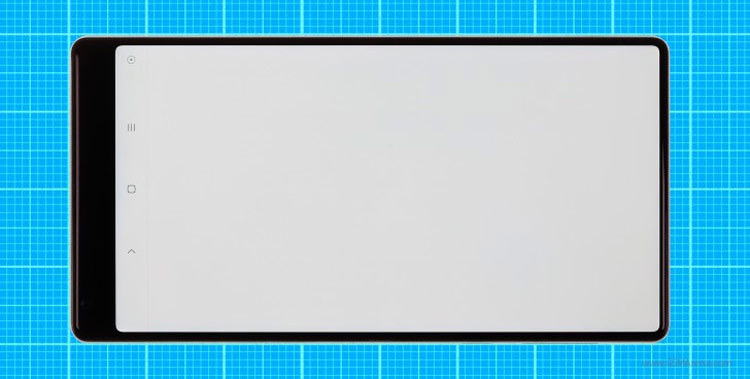 After initial suspicions, GSMArena team has carried out a series of ingenious measurements to accurately calculate the ratio of the screen. Through a photography real made to the front of the Xiaomi my Mix and with help of a tool for Photoshop, the portal has calculated the proportion exact that occupies the screen. Interestingly that percentage is set in a 84.72%, below the 91.3% posted by the manufacturer.

From where comes this difference? GSMArena has gone over there and has discovered the answer. And is that Xiaomi really not has considered the framework of screen at the time of offer the mentioned data. However, the truth is that the screen frame of Xiaomi my Mix on the top and sides is approximately two millimeters. Delete or ignore this small dimension makes the display is fictitiously go up to the 6.59 inches. With this data in hand Yes sale Xiaomi account, with approximately 91% ratio.

Thus, despite the spectacular nature of Xiaomi my Mix without just screen frame, the truth is that the manufacturer has exaggerated this concept and a real unit of the phablet has that tiny, but existing screen frame. Enough so that the direct relationship between screen surface and the front isn’t that assumed the Chinese brand.

Technical details of Xiaomi my MIX

The article it frame of screen of the Xiaomi my Mix is more pronounced of what the signature makes believe is published in MovilZona.