Do not miss this video concept of iPhone 8 X Edition

There is no doubt that one of the great feelings with regard to the second part of the year lies in the hands of Apple. Cupertino firm not only expected – according to the most recent rumors-the iPhone 7s and iPhone Plus 7s. There will also be space for iPhone 8, the model that the manufacturer mark the tenth anniversary of the iPhone. In fact, for that precise reason also is has transcended as iPhone X, that’s why the launch of the iPhone in 2007, 10 years ago. Then, the video of the iPhone 8 X Edition.

Such perspective is attached to the current situation of the company, where its current model, iPhone 7, has failed to encourage sales of the series–at least above what did the iPhone 6-. As already stated on numerous occasions, repetitive design for three generations of the smartphone, coupled with the “few” technical innovations, with the feeling that the American is a step behind the competition, has positioned itself to the so-called iPhone 8 as the revolutionary model that everyone expected last year.

All the keynote of the iPhone over the past decade in video how much have you changed?

The expectations are enormous and, in fact, leaks and rumors seemed so far have enhanced them. Product of that type of information out to the light the design conceptual of the iPhone 8 ‘ X Edition’ proposed by the designer Imran Taylor, that already has left his signature in several concepts of iPhone with previously. 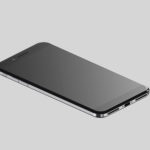 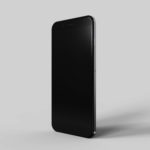 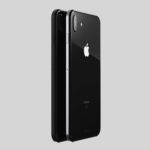 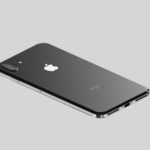 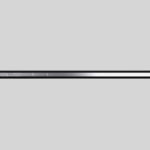 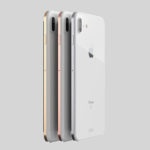 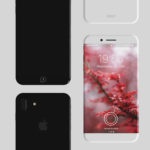 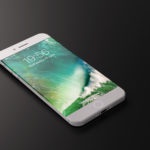 Without go more far, several of them images conceptual that is can see in your website date of the month of December of 2016, but that recently has updated with new nuances in the design starting from the last rumors and features associated to the iPhone 8. You can see it in the Gallery, but much more graphic and dynamic in the video uploaded to YouTube.

8 iPhone will sport a steel as the iPhone 4 casing

What’s new in the designs of the iPhone 8 conceptual

The main features of the conceptual design of the iPhone 8 tenth anniversary focus in a casing made of Gorilla Glass Crystal (more than possible Gorilla Glass 5) and 2.5 d design adds to that a sinuante curved line on the screen on both sides –concept Dual Edge. Thus evidenced by numerous leaks and so Taylor has collected in his conceptual video.

A display OLED 5.8 inch to which would accompany on the front of the computer a touch pad with the functions of the current Touch ID, most many others associated with the notifications. Again, the video reflects much better information.

New details on the facial recognition of iPhone 8

As well can appreciate, the last update to them designs conceptual of the iPhone 8 X Edition leave see a housing of steel, in the line of it proposed by them rumors, that us would do back to the base in which is inspired Apple in his time with the iPhone 4, the model more disruptive until the date.

Another of them details that collects the video is the so-called adoption of a camera with double sensor, as it of the iPhone 7 Plus, except with the difference of an available in vertical, and not in horizontal as supposed in the last version of the phablet of Apple.

The article do not miss this video concept of iPhone 8 X Edition was published in MovilZona.

Previous How to create fake WhatsApp chats and other messaging applications
Next Features of the Nokia Heat, the more economical of the Nokia with Android?