One of the companies that best mobile makes in the range average is Xiaomi. Its terminals are always the best in terms of value for money, but the problem is that they do not officially sell in other countries which is not China. Today, the news that we bring you, is the Xiaomi Mi5c has become to filter the network.

These days there is much talk of the Chinese company, since Hugo Barra, who was his Vice President, left the company to return to work at Google. We do not know how it will affect in terms of expansion, but we don’t expect that Xiaomi starts to sell in short-term officially international form.

How to install Android 7.0 Xiaomi Redmi Note 4 with MIUI 8

Xiaomi Mi5c was one of the mobile which is more spoke at the end of the year 2016. We could see how it had leaked the price of this new mid-range Xiaomi, with another photo and their specifications. But suddenly, we left knowing of this new Xiaomi Mi5c. We don’t know if it was because it stopped producing, canceled the project or other reasons to the Chinese firm. Is assumed that was going to be the first device that would come out to the market with a processor own of Xiaomi, a Pinecode. 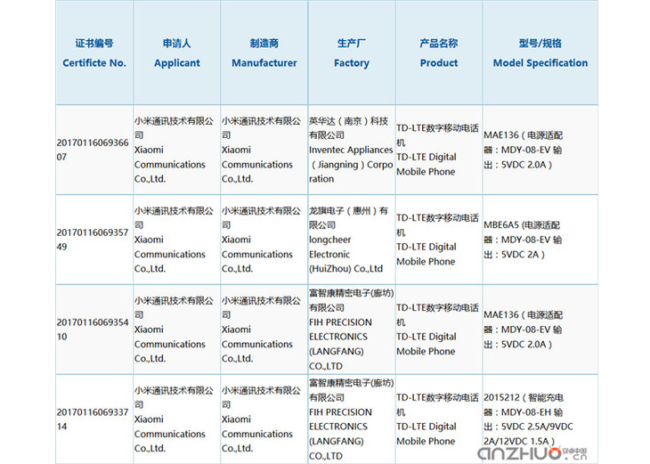 As the news that reaches us today is that the Xiami Mi5C or Xiaomi Meri has passed a certification in China, which means that it is increasingly close to the market and that the project was not canceled. We remind that this phone has an own processor, a display of 5.5 inch, 3 GB of RAM and a display with 2.5 d technology.

According to these leaks, its release date will occur in February. We do not know what exact day or know if these statements are not false, since many rumors of it for two or three months this mobile failed to comply, although as we’ve said before, could have been programmed as well but by an internal problem of Xiaomi, the device has been delayed so much.

This terminal do not know how you will arrive or how to affect the market. Its price will be close to 200 euros, but we don’t know if it will come at a good time, to be programmed to be a mid-range last year mobile, but occurs the following year. We will have to see how this new processor Pinecode in the Xiaomi Mi5c, to see if the Chinese firm is the height of competition.

Previous New details of possible mode Samsung Galaxy S8 desk
Next There will soon be tablets with Chrome OS, Google is working on touch point of the system