Breaking News
Home / News / Unveiled the features and price of the Huawei P10, Huwei P10 Plus and Huawei P10 Lite

Unveiled the features and price of the Huawei P10, Huwei P10 Plus and Huawei P10 Lite

Huawei P10 and its different variants in way Plus P10 Huawei and Huawei P10 Lite could have come to light before time. We hope that in the spring of 2017 the Chinese firm officially present the 3 models in the range P, but a few weeks earlier could already know the features and price of the P10 Huawei in their different models.

Although it is likely that are announced official prices and details of the upcoming Huawei phones in April 2017, we would already know all their details. Starting with the price, it is more than likely that, as we have advanced in the past, the standard P10 is put on sale for 550 euros while the Huawei P10 Plus would be 730 euros, lagging the Huawei P10 Lite below 300 euros.

But in addition to the price, today can almost confirm the features of the Huawei P10, P10 Plus and P10 Lite as a result of its filtration in the network.

Are these the full features of Huawei P10 and P10 Plus?

Huawei P10 would come to the market with a 5.2 inch screen and resolution FullHD under which we would find a Kirin 965 processor along with 4 GB of RAM and 64 GB of storage. According to Gadget Detected, between the characteristics of the P10 Huawei would have a battery not 3,100 mAh pull-out, as well as the operating system for Google Android Nougat.

Both Huawei P10 the P10 Plus Huawei will equip the dual optics of Leica that we already know in previous models of the company. In the case of the standard model of Huawei this rear component would be accompanied by a LED flash and front 8 megapixel sensor. 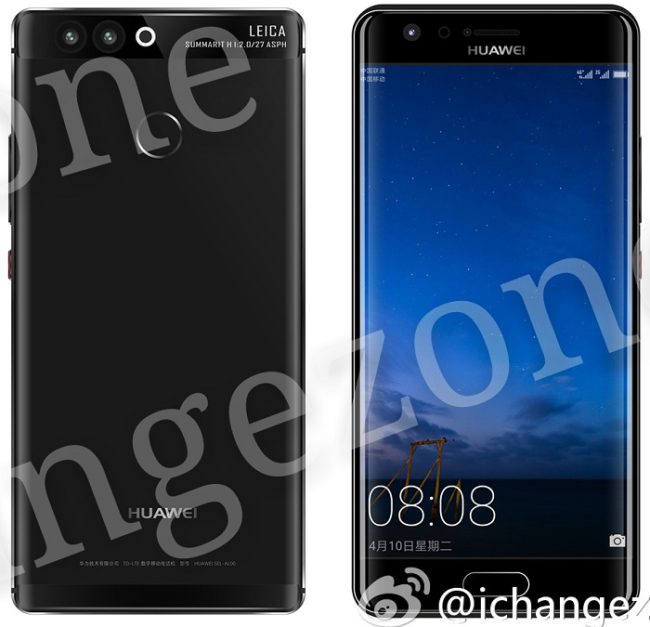 In addition to share processor and components photographic with the Huawei P10, the latest leaks of the Huawei P10 Plus show what could be a scanner of iris in the part front of the next device, rather than similar to them of the already disappeared Samsung Galaxy Note 7. The P10 Plus would also be a similar to the Mate 9 Pro curve 5.5 inch screen and a battery of 3,650 mAh.

P10 Plus is expected to reach the market in two storage options: 128 GB of memory storage with 6 GB RAM and up to 256 GB with 8 GB of RAM. Both variants would add a slot of memory microSD expandable despite the already extensive options of storage.

In regards to the multimedia system, dual camera signed by Leica would include on this occasion a LED Flash into a ring shape that the artificial lighting conditions of the device.

The features and price of the Huawei P10 and P10 Plus come accompanied by the emergence of the Huawei P10 Lite on Geekbench, a smartphone that has a new competitor in the line-out in the form of honour 8 Lite. Thanks to this filter we know that, as a minimum, the most affordable smartphone that Huawei will present in the coming weeks will include, of course, Android 7.0 Nougat as a Kirin 655 plus 4 GB RAM processor and operating system.

The article unveiled the features and price of the Huawei P10, Huwei P10 Plus and Huawei P10 Lite was published in MovilZona.