The results of Samsung resist the effect of Galaxy Note 7

To arrived a couple of days the results of Apple with the iPhone 7 and were not as bright as they had announced, it seems the results of Samsung showing even though, obviously, has suffered with the withdrawal of the Galaxy Note 7, to the end that the company has endured the coup, maintaining the smartphone market leader by billing without falling into losses.

The effect on the results of the case of the Galaxy Note 7, Samsung though it is noticeable, not going to be as severe as some predicted. Regain the trust of users, that despite what it is said would not have gone en masse to Apple but, perhaps, to other proposals of high-end Android, will be another singing – and so the Korean company prepares all its artillery with the Samsung Galaxy S8 with proposals such as the discount when you buy it.

Samsung is working hard to offer users of failed Samsung Galaxy Note 7 compensation for problems suffered by this model, to the point of having to withdraw it from the market permanently. Obviously the South Korean firm is encouraging users to get a Galaxy S7, and as I have explained in a statement, customers who are now passed to the S7 Galaxy may be made with a Galaxy S8 or Note 8 at “half price”, for now at least in South Korea…
Continue reading

Returning to the results of Samsung, in the third quarter of the year, the company reported in general an operating profit of 5.2 trillion won (8,14 trillion in the Q2), what to change about 4.127 billion euros, in line with what foreseen in the review of accounts that was launched at the beginning of the month. This is EBITDA, earnings before taxes, fell more than 19 percent compared to the previous quarter and net profit falling 17%. In general, own Co-Chief Executive of Samsung Electronics has confirmed that the operating profit of the company has fallen by 30% by the effect of the loss of sales of Galaxy Note 7.

What results had Samsung mobile market after the Note 7

The impact of having discontinued the Galaxy Note 7 in the Samsung mobile business has resulted in a fall of 4.32 trillion won to 1,100 million won in this quarter. Or what is the same, passes a profit of 3,400 million EUR 883 million euros, is what Samsung has won with the sale of their phones in the last quarter. The fall is clear but the division has remained afloat without falling into red numbers and remains still the leading manufacturer in the market by units sold and turnover.

How has Samsung compensated the losses of Note 7?

According to the company, we have managed to stop the effect both of the expenditure of the first reruns of Note 7, the production of the equipment and possible sales lost through the improvement of the sales of high-end products in other businesses such as memory chips and display panels. 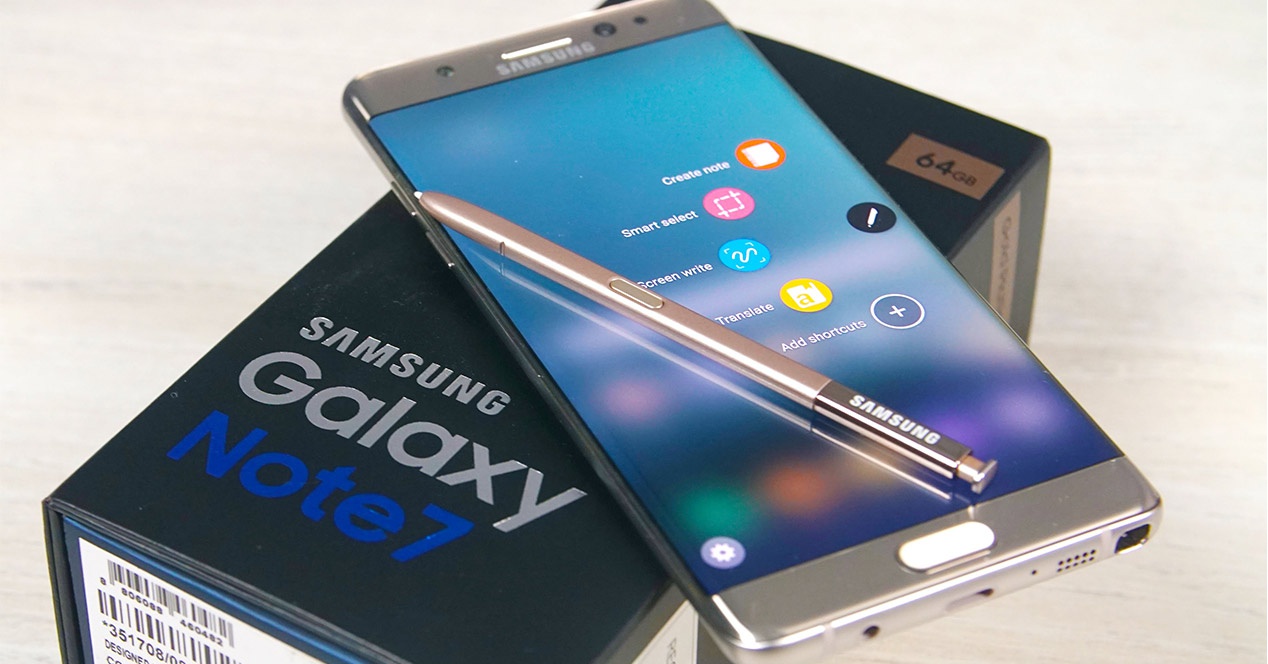 In the mobile market, it is undeniable that this division of Samsung has suffered the most serious coup although it has compensated it given the wide range of the company. One cannot deny the benefits compared to the previous quarter that they have subsided but stable sales of the Samsung Galaxy S7 and S7 Edge seems to not have been affected by the scandal of Note 7 and, above all, the good health of the middle and low range, with growth sustained of A Galaxy and Galaxy J.

On the other hand, the rest of its business of consumer electronics, where the mobile is integrated has been able to maintain the type thanks to the smooth running of the sales of products such as high-end TVs (SUHD and curved) as well as its domestic appliances business.

The article the results of Samsung resist the effect of Galaxy Note 7 was published in MovilZona.