Maybe that outside the feature more expected of Android Marshmallow, also was an of them more controversial. Android 6.0 began to allow the integration of them Micro SD as part the memory internal of tablets and smartphones, however, them models of card that had in the market rarely offered a speed of response sufficiently fast as to support a application with normality. That will change soon.

The SD Association has presented a new scale for their cards of memory: App Performance Level; for the moment, at its most basic level, class 1. These accessories will come marked with a seal specific that will be worth to their users to recognize the type of performance that can perform, it minimum required for running an application with solvency and without setbacks. The badge will be, as we say A1. It will be shown in a visible link and will have specific specifications.

Android Marshmallow: How to use a Micro SD as internal storage

Is something that we have been telling over the last few weeks: Android Marshmallow does not bring too many changes in the interface of the system, however, if adds some interesting features that will enhance the utility of teams in different aspects. Perhaps one of the most notorious is the possibility to add a Micro SD card and use it as part of the internal storage. I teach this simple process. …
Continue reading

Difference to the other Micro SD A1

By 2015, most of the memory cards were designed exclusively for storing pictures, video and music. That meant that when many users updating to Android Marshmallow their smartphones and tablets or acquired a new team already with that version and support for Micro SD, when you try to configure the external memory as an intern, they received a message warning that some functions and applications could slow down. In fact, to nearly all us has happened something as well.

The new Micro SD of class A1 have at least with a range OIPS (Input-Output access Per Second u operations of input/output by second) of 1500 for the reading and 500 for the writing, as well as a performance sequential sustained of 10 MB by second. In final, are terms technical and something alien to the most of us, but imply that not notice difference to the move an app from the card.

The manufacturers also may incorporate the seal

In the next thing seems that manufacturers of smartphones and tablets may dispense with the silk-screens with logos of regulators that always look in the back of the device, and as neither adopt this A1. However, in technical specifications is may include the distinctive sheet to present to potential buyers who have a specific optimization for this type of Micro SD card. 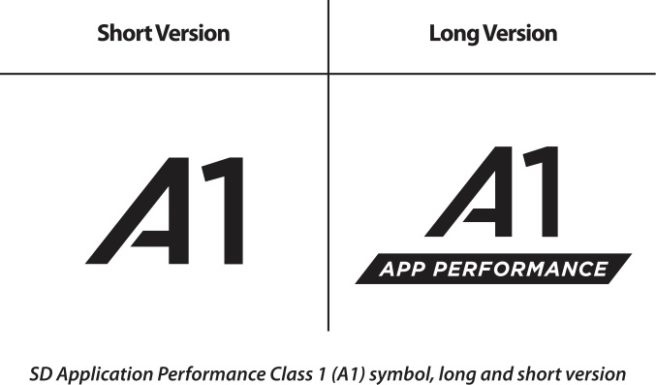 After a year of dealing with the problem, it seems that finally we will be able to take advantage of the resource that provided us with Marshmallow, now with Nougatcontinuity. Live with only 16 GB will soon be thing of the past.

The article the Micro SD with speed for running applications will carry the distinctive A1 was published in TabletZona.

2016-11-23
TA
Share
Previous What need the iPad Pro to survive to the Surface and Andromeda
Next OnePlus 3T vs Mi Note 2: comparative