Breaking News
Home / News / The Board of Extremadura will subsidize with 2.3 million of euros the mobile Zetta

The Board of Extremadura will subsidize with 2.3 million of euros the mobile Zetta

It seems that a simple statement has seemed sufficient to the Extremadura Government to show Zetta Mobile as a bet for the future. After the controversy that engulfed the Spanish “startup” at the beginning of autumn today we learned that La Junta de Extremadura will subsidize the mobile Zetta with 2.3 million euros.

For those that don’t remember, known as “Bellotagate” was discovered by Forocoches in mid-October. It was then when the company created by Unai Nieto and Eric Cui rose to fame following allegations of selling mobile Xiaomi slightly modified, without knowledge of the own Chinese firm.

The fraud of the mobile Zetta, create clones of Xiaomi to sell them more expensive

The matter point topped the front pages of various international media when it was discovered that mobile Zetta even has had altered sufficiently to remove the original logo of Xiaomi. In fact, the software installed on these devices from Extremadura contained various references to Eastern manufacturer and its layer of personalization, MIUI. 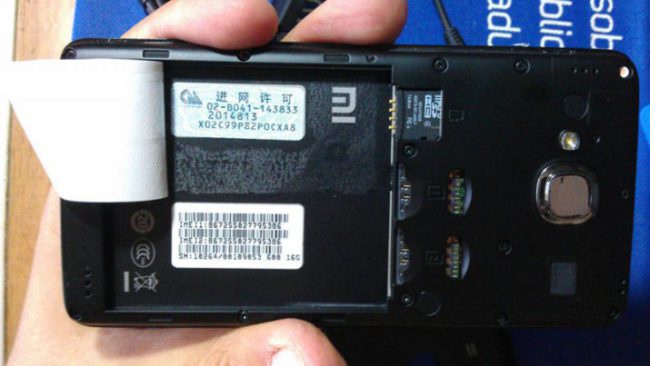 After all the storm, and after the controversial emerged around them mobile of Zetta, thought that the company was doomed to disappear and fall in the oblivion. Nothing further from the truth. Weeks after it was discovered the cake of Extremadura has decided to subsidize Zetta Mobile with 2.3 million euros to further develop their mobile, with or without the permission of Xiaomi, thus boosting the Extremadura industry. It will come thanks to Extremadura Avante, public company of the Government of Extremadura, which aims to provide services to Extremaduran companies in different phases of their development.

For the Junta de Extremadura this grant and financial support represents a major achievement in the efforts carried out with the Central Government to make this project a reality, which dates back to the year 2015, when the area of innovation of the Extremadura Government has already started talks with Zetta Mobile.

Despite the uproar caused by the alleged fraud from mobile of Zetta, it seems that the decision to subsidize the company continues, how you can read the press release issued by the Junta de Extremadura, where, in addition to the total amount of the grant, you can admire other aspects such as the same periods and the reasons that led the Government of the region of Extremadura to invest public money in mobile of Zetta.

The article of Extremadura will subsidize with 2.3 million mobile Zetta was published in MovilZona.