SwiftKey is updated and introduces two new and interesting features

The predictive keyboard SwiftKey for Android today received an Update to introduce two of the most attractive and interesting features. The new version, which is already available in Google Play, has seen renewed menu of SwiftKey Hub to accommodate two new features such as a sophisticated Clipboard and incognito mode. Below, we detail what the changes are.

While Google and the manufacturers themselves have greatly improved virtual keyboard which is included by default in Android, there are still options in Google Play offering older and better performance. One of these options can well be SwiftKey, a keyboard that initially earned followers thanks to her effective predictive system and which today does not maintain only, but increases its popularity thanks to the improvements that will be incorporated. 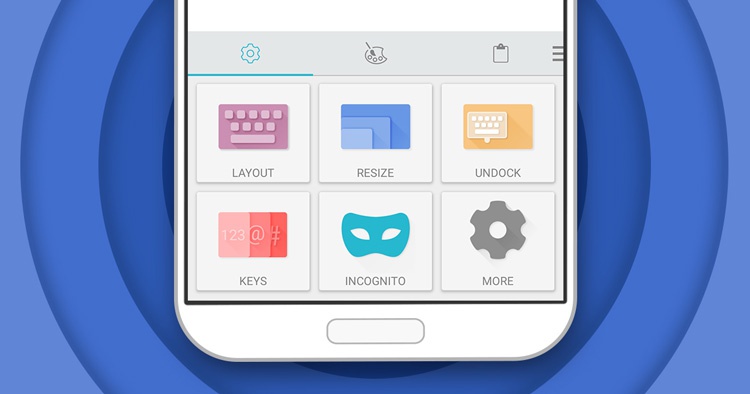 Which includes the latest update of SwiftKey

Paragraph SwiftKey Hub, where sections of settings, configuration , and customization of the keyboard, already advanced us changes. And it is that with the latest update of SwiftKey user can detect new clauses. The first is the icon for the Incognito mode. A section which we can guess is a feature that, once activated, allows us to disable learning the keyboard.

This option is useful in cases concrete when not want that other user perceives them predictions personal that the own keyboard predicts attending to the theme on which are writing. Nothing better than an example to understand the usefulness of incognito mode and offering the company is most successful. And it is that with the incognito mode prevents us be betrayed when making queries on the Internet about products that we want information to be acquired for a gift. 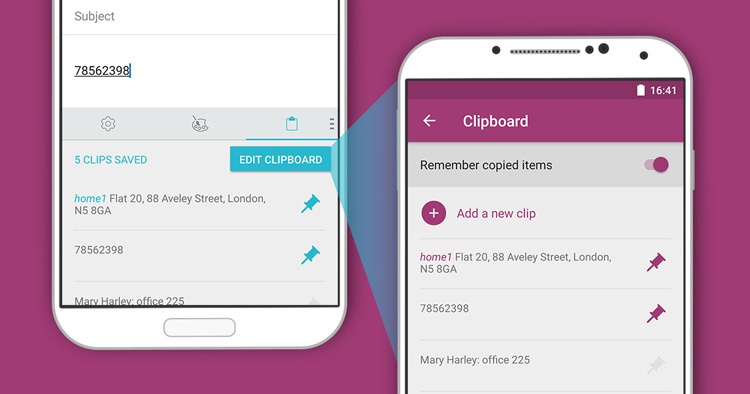 Clipboard and shortcuts to the same

Another of the novelties that arrives with the last update of SwiftKey for Android is it of the Clipboard. Now can save phrases determined in said paragraph to be rescued with later. However, this feature does not it is all. And it is that additionally includes shortcuts from the keyboard itself to directly paste the saved phrases. For example, with the new Clipboard of SwiftKey it is now possible to save our postal address and associate it with a Word. 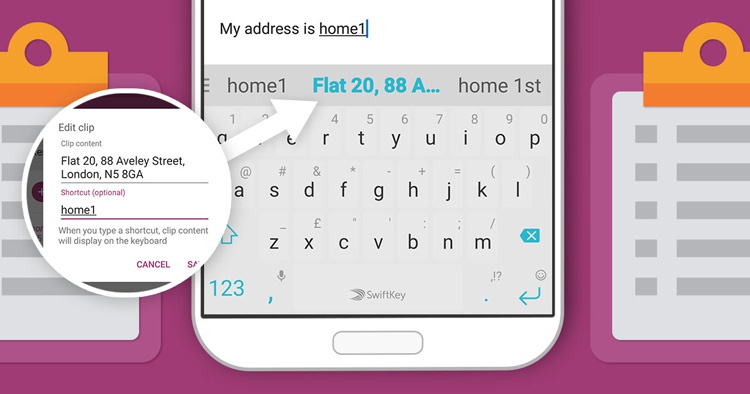 The example offered by the company that direction is associated with the word Home1. Thus, when you write that word on the keyboard, predictive system automatically offers us the possibility of using the information or phrase associated with just click on that option. Without a doubt, a role that will facilitate greatly the task of sending our address to a contact.

SwiftKey article is updated and introduces two new and interesting features was published in MovilZona.