Sony Xperia XA of 2017 design shown in full on video

Only a few days ago, we met some images with the design of the Sony Xperia XA in 2017, the new generation of the terminal’s middle range of the Japanese firm that arrived last summer. To tenor as seen in this video, we can think that its development is already completely finished, is at least showing this prototype, which is fully functional in a video that has been leaked today. We will know some of the details that shows this new handset from Sony.

As I expected, this week had already leaked several images of the new Sony Xperia XA of 2017, showing us a terminal quite similar to that which we saw it last year, not to say identical in terms of its design, which gave the feeling in these first render even not having or edges.

The new mid-range Sony leaked in full on a new video where we can see it fully functional, since the drive on which it is made will remain lit all the footage, which denotes that it is a unit that already would be ready to go into production. But as usual, no cast campaigns on the fly and take to the letter which we find in the video, because you never know. On the one hand, we can see the design of this unit, clearly a sticker showing that it is a prototype.

If the pictures of a few days ago I was the feeling of not having practically edges, in this video we can see that it is not really so, and although they are not too thick, appreciated fully. As you can see has a matte black finish, and the location of the camera is the same as in the previous model, which as you can see, on this occasion is 23 megapixels, against the 13 megapixel Xperia XA in 2016. The software that runs this Xperia XA 2017 is Android 7.0 Nougat, and on the screen of the phone info you can see the model of the new terminal, which is the G3121, and which coincides with leaks that pointed to this nomenclature for any of the new terminal of the firm this year. 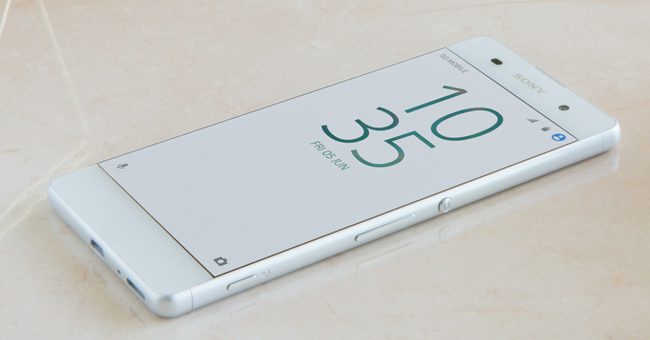 Finally in the video is can see the interface of the camera of photos and a review to the design of the Sony Xperia XA of 2017. Many details were not disclosed at the moment in terms of specifications, but expected a 5-inch screen, accompanied by 3 GB or 4 GB of RAM memory and new MediaTek’s mid-range processor.

Article Sony Xperia XA of 2017 design shown in full on video was published in MovilZona.