As expected, Samsung has unveiled at the IFA fair the new generation of Samsung Gearsmartwatches. The presentation of the Samsung Gear S3 is a clear example of that the firm bet strong by the market of them wearables and the new model assumes an interesting renewal since offers some changes important concerning the Samsung Gear S2. We then offer a comparison with which you can see the main changes and differences between both smart watches.

Like last year, Samsung has presented two versions of its new smartwatch. Although this time not there is difference of size, that there are differences in their design. And what there is of the differences as regards the Samsung Gear S2? What certain is that the new Samsung Gear S3 offers of some paragraphs in which the manufacturer has EFECT especially. One of those is the autonomy, although there are others so many, as you detail then and that can see of a form very graphic in the part of more down in the computer graphics of Samsung.

The Samsung Gear S3 Frontier and Classic already are official. All your news

If skipped them differences of size that exist between the two versions of the current Samsung Gear S2, it more remarkable of the new model, the Gear S3, is the increase of size both of the screen as of the housing. Thus, while the Gear S2 sported body with measures 42.3 49.8 x 11.4 millimeters, the new Gear S3 offers some dimensions of 46 x 49 x 12.9 mm. The weight also increases of the order of 15 grams, up to 62 grams of the S3 Gear frontier. And is that next-generation intelligent clock grows in all directions, including the physicist.

Related with the size are the characteristics of the screen. While in the case of the Samsung Gear S2 the display Super AMOLED was of 1.2 inches and 360 x 360 pixels, the new Samsung Gear S3 grows until the 1.3 inch, although maintains the resolution. 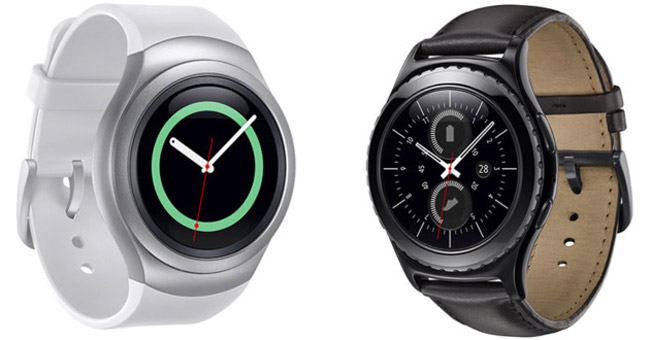 While the processor is still a Dual Core 1.0 GHz, in the section of the RAM is no appreciable change. The new model increases up to 768 MB of RAM while the S2 Gear is 512 MB. The storage system is still 4 GB internal.

In wireless connections, we see how the Samsung S3 Gear is updated with connection Bluetooth 4.2 and the integration of GPS chip, while the S2 Gear lacks thereof and has Bluetooth 4.1. In a matter of sensors both models feature accelerometer, gyroscope, barometer, light and heart rate sensor.

Perhaps the paragraph of characteristics in which more bulky is the difference between the Samsung Gear S3 and the Samsung Gear S2 is in the battery. According to data provided by the manufacturer, the new model integrates inside a 380 mAh capacity battery, a significant increase when compared with the 250 mAh of the first generation of smart clock.

2016-08-31
TA
Share
Previous New Moto Z Play: all the features and price
Next Lenovo introduces the Miix 510 and the Yoga Tab 3 Plus: all the information