First of all, you can meet our opinion and all the features of the smartphone in this first making contact with Samsung Galaxy Note 7.

Galaxy Note 7 screen is 5.7 inches and, like the S7 range boasts a resolution QHD, 2560 x 1444 pixels that finally results in a density of 518 ppp, as well as being a Super AMOLED panel and coated Crystal Gorilla Glass 5, capable of withstanding falls above the meter and a half tall.

The Samsung Galaxy Note 5 on the other hand presents a panel of identical characteristics, i.e., also features a 5.7-inch size resulting in a resolution of 2560 x 1444 pixels. The same happens with Samsung Galaxy Note 4, a terminal that despite already having two years on the market presents a high-quality screen. 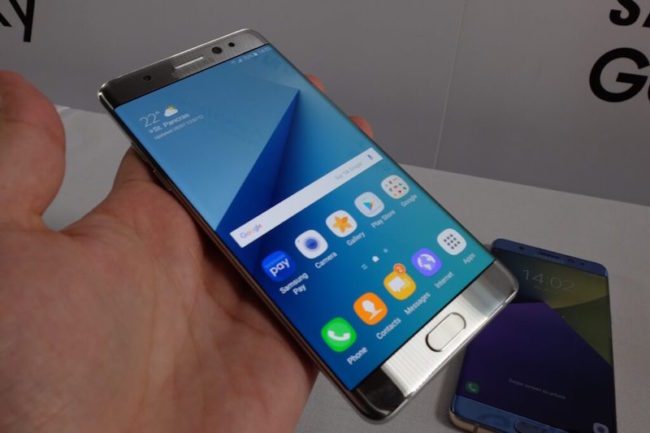 In terms of design is one of the points which most changes on this Samsung Galaxy Note 7, whose dimensions of 153.5 mm and 73.9 mm with a few thin 7.9 mm thick are featuring material aluminum AL7000, a 30% more shock-resistant and 20% more scratch-resistant metal. The color Blue Coral, one of the more striking in that the new terminal will be available also becomes for the first time the phablet of Samsung.

Finally the new Galaxy Note 7 arrived with resistance to water and dust with IP68 certification. Coverage that extends to the accessories of the equipment as well as the S-Pen, which is able to write even when the screen is full of water. Nor can we forget its new reader with iris recognition. 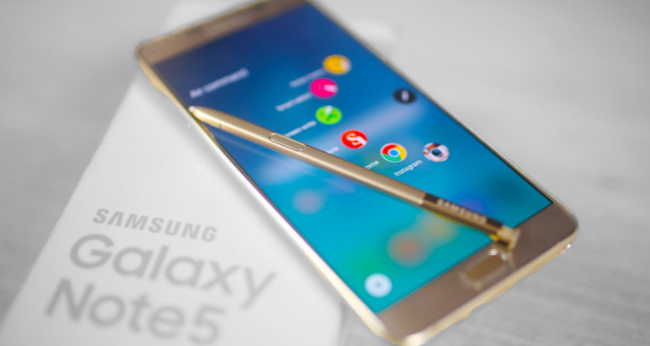 Under the hood of the Samsung Galaxy Note 7 , we have the same Exynos 8890 offering Galaxy S7 series. This is a chip of eight nuclei with four of them to 2.3 Ghz and the other four to 1.6 Ghz. accompanied of a RAM of 4 GB LDDR4 has with 64 GB of storage expandable with cards MicroSD.

Of course we cannot forget complement par excellence of the range Note, a S-Pen that becomes Note 7 accompanied by a new Air Comand in addition to the UX Edge that allows us now to keep there also our favorite apps on the side of the screen. In particular, the Air Command us brings four functions new: capture video and create GIFs, translator, magnifying glass and new app S Note. 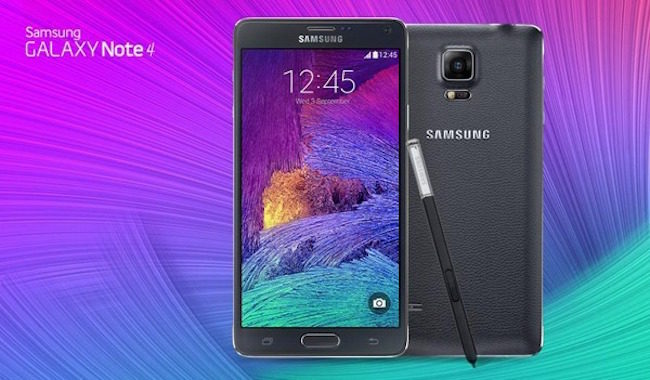 As we say in our full article on the display of Samsung Galaxy Note 7, the multimedia section is the least changes shown on the paper. The smartphone is equipped with a sensor 12 MP, dual pixel, principal with opening f/1.7, LED flash and reader’s heart rate. At the front it has a 5MP camera. The battery reaches the 3.5000 mAh and comes to the market with Android 6.0.1 with the respective customization TouchWiz layer.

The multimedia section of the Samsung Galaxy Note 7 equipment presents a 16-Megapixel sensor on the back and presumed incorporate an improved OIS that allows to record all kinds of videos without just vibration. In regards to the front camera, 5 megapixels are reached. They end up completing the device a 3000mAh battery, Android 5.1 Lollipop.

Similar characteristics we found at the time of see the Note 4 that also presents a sensor of 16 mpx with stabilizer optical of image and opening f / 2D, in addition to a camera front of 3.7 mpx. In this case the battery is 3,220 MAH, and the used operating system Android KitKat.