Revolution Nougat for the Huawei P9 Lite, a ROM with great amount of added

It good and the advantage of the Scene Android is that allows add amount of deployments additional to them included in the firmware original to improve the experience of use. In the case of the Huawei P9 Lite, the ROM Revolution Nougat allows you to enjoy the latest software from Google, but in turn implements additives such as function double-tap to wake up the screen or possibility to change the density of the points of the same, among many others.

Although the current versions of Android, already is it of it own Google or which offer them manufacturers with interface graphic custom added, have improved greatly, in occasions can take in lack certain functions. In others, even lack of optimization or a high consumption of battery are reason enough for the user give passage to the root and the installation of an alternative recovery that confers access custom ROM, tweaks and an infinite number of alternative software.

The Huawei P9 Lite on offer by 230 euros in Amazon

If we focus on the Huawei P9 Lite, there is an custom ROM based on Android 7.0 Nougat that offers interesting additions that improve the experience of use of the smartphone. We refer Revolution Nougat, a modified firmware that gives access to the introduction of additional functions like recording calls, private user, specific settings and tweaks such as the double-tap on the screen to turn it back on. 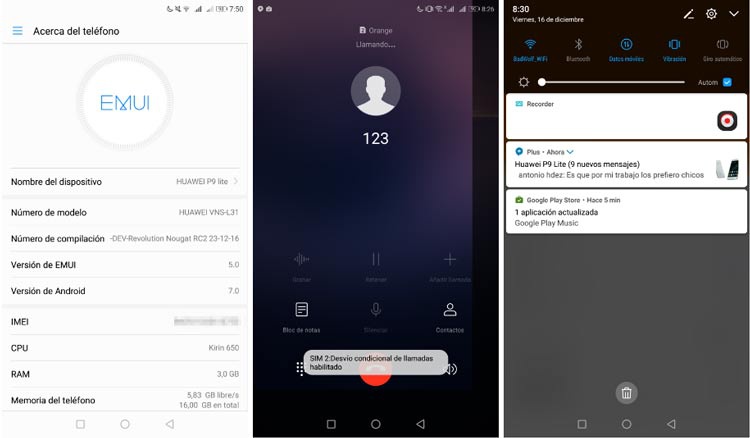 Also, the software has been subjected to a process of Optimization, an adaptation that passes by eliminating unnecessary apps both Huawei and Google that remaining resources and are of little use. Similarly, the optimization takes the Build.prop, file-level in which changes have been implemented to improve the signal network, optimisation of autonomyas well as the increase in the performance of the smartphone for games. Of the same mode, Revolution Nougat for the Huawei P9 Lite includes tweaks of audio and others patches that improve the speed of reaction of the sensor of fingerprint.

This link is the list comprehensive of all changes and optimizations including Huawei P9 Lite custom ROM. 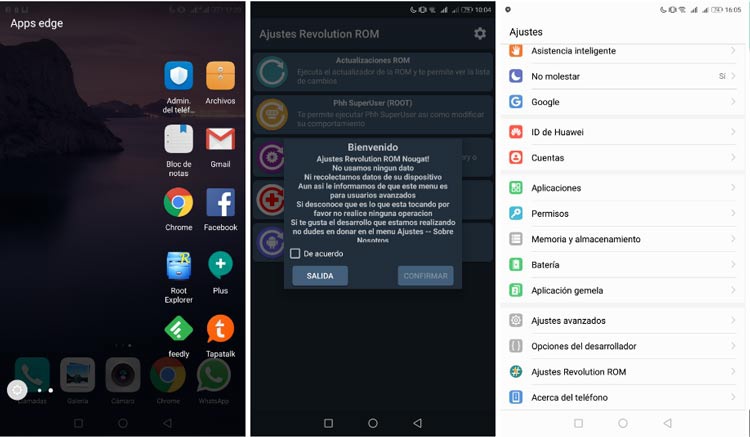 As in all ROM custom, to be installed is necessary that the smartphone available from recovery alternative. And it is from this from which we proceed installing rar file that can be found from the link on the ROM downloads.

Transfer the file of the ROM to the memory of the phone, in the directory root of the memory. Now run the recovery and proceed with the installation of the same from the paragraph corresponding. After a forced restart, Huawei P9 Lite will run with the new ROM with Android Nougat.

Article Revolution Nougat for Huawei P9 Lite, a ROM with lots of additives was published in MovilZona.

Previous New details of the Exynos 8895, processor of the Samsung Galaxy S8
Next iPad Pro 2 of 10.5 inches: so are their first renders