The second generation of smartphones ZTE Axon have proved a great success for the firm. Models that have earned a good reputation for its performance, its finishes and its price. So far, the new family of devices was reduced to ZTE Axon 7 and ZTE Axon 7 Mini. However, tomorrow will be a third version, the ZTE Axon 7 Max. As its name suggests, will become option for lovers of the phablet pure by his six-inch screen and now we can see in official photographs.

During the summer months, ZTE has been showing a gradual second-generation devices ZTE Axon. The first was the base model, ZTE Axon 7, level of finishing and the great balance between performance and price, captured the interest of a large number of users. Then came the ZTE Axon 7 Mini, a more compact version. For more than one month rumored with the launch of a third version, the ZTE Axon 7 Max. Of this we have had chance to check some photos of propotipos through leaks and even the publication of much of the technical characteristics of the model.

First official pictures prior to the presentation

However, less than 24 hours to give start a presentation event in which foreseeably will be announced ZTE Axon 7 Max, have access to the first images of press and actual photographs of the phablet. In these, the device appears from different perspectives that leave naked, without any compassion, design and finishes from the housing of the model. 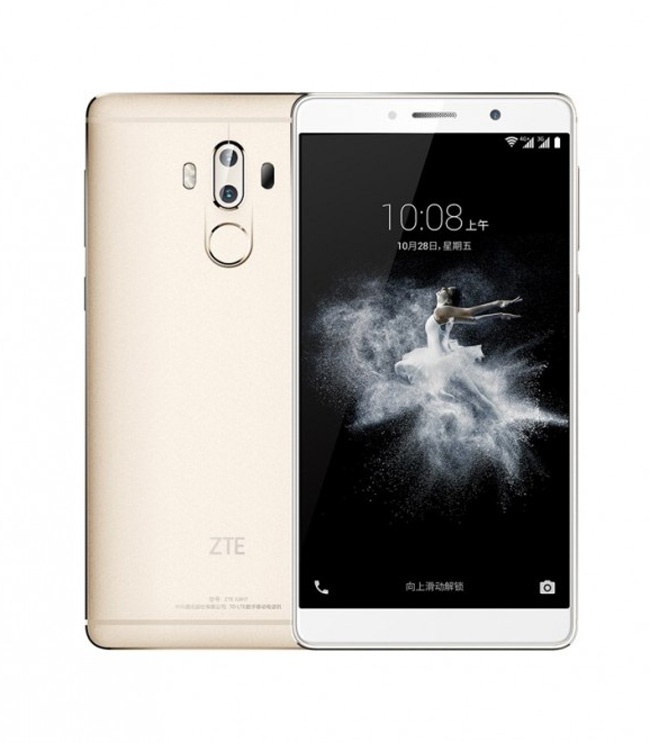 The truth is that the end result shown in the accompanying photographs does not lead to surprises since the model already was focus of cameras before. However, the photos this time have high quality and reflect in detail the termination of its aluminium casing, as well as other details about the termination and more.

Thus, roughly in the front of this ZTE Axon 7 Max top and bottom is distinguished both since it dispenses with grids that cover the two front speakers arranged next to the screen, in the case of ZTE Axon 7. Similarly, several details are appreciated in snapshots. ZTE Axon 7 Max has a back cover which we appreciate a fair fingerprint sensor under the camera, which offers a dual sensor and lens configuration.

Another aesthetic feature that puts relief official images of the ZTE Axon 7 Max filtration is the thickness of the team. No numbers in this regard have been provided, but the thickness, in relation to the rest of the dimensions of the phablet, seems to be another of the strengths of the firm.

Until today, various publications that appeared to date allow us to take lightly the idea of characteristics that may offer ZTE Axon 7 Max. While the screen will be six inches, the resolution will be set to the standard 1920 x 1080 pixels per inch. Interestingly, the ZTE Axon 7 Max will incorporate a processor Qualcomm Snapdragon 625 rather than the Snapdragon 820 composed the rest of the models in the range.

A rather pointed Exchange in what performance is concerned. The set will also include 64 GB of internal memory, as well as 4 GB of RAM. As Star detail, the ZTE Axon 7 Plus will have a configuration of dual-lens camera. On the other hand, the autonomy is determined by the capacity of the battery which, so far, has been associated with 4,100 mAh.

The official photographs of the ZTE Axon 7 Max article a day before its presentation was published in MovilZona.

Previous Characteristics of the Bq Aquaris M8, new economic ultra tablet
Next Why has LG decided to manufacture modular smartphones?