Continues the day of presentations of Xiaomi, and after knowing the Redmi Pro, the popular Chinese firm has brought to scene which was perhaps (by unusual) your most anticipated device of the event: the My Notebook Air. With name and design clearly inspired by Apple’s product line, this laptop mounted performance of high level, without neglecting design and price. Then we give all the details.

Xiaomi has has earned the ability to attract glances present what present. Throughout last week have seen several media speak of a toothbrush and a 360 ° camera, things that any other company would have hardly achieved too much mention. Even so, today was the highlight, and our expectations have been fulfilled with this My Notebook Air.

To begin with, need to clarify that finally the rumors that anticipated an i7 processor have not been confirmed, and the My Notebook Air has with a Intel Core i5 (to 2. 7 GHz) at its most powerful, 13.3-inchmodel. The interesting thing is that we have a dedicated graphics from Nvidia (GeForce 940M) that will allow us to run games at a high level to treat a team reasonably cheap.

More details to keep in mind is that the screen has a Full HDresolution, the sum 8 GB RAM and battery boasts a fast-charging system and is able to complete 50% in just half an hour. HDMI ports, two USB 3.0 a type C, to ensure good connectivity, a 254 GB internal memory and Dolby speakers serve to complete a very interesting specifications sheet. 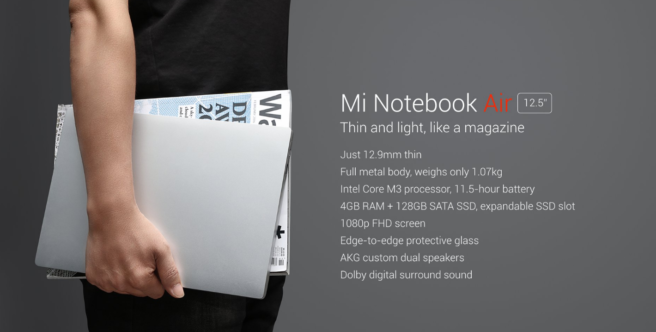 On the other hand, have a slightly less powerful 12.5 inch variant, with a Intel Core m3 (without the participation of Nvidia in its graphics), 4 GB of RAM and 128 SSD memory.

A great effort of Xiaomi in the design

While aesthetics reminds many to the MacBook Air (in fact, Xiaomi has gotten several templates by comparing both products) the design manages to overcome star as shown by Apple in your Notebook. Xiaomi model has so only 14.8 mm thick and weighing in at 1.28 kilos. Not bad for a laptop built entirely in metal. 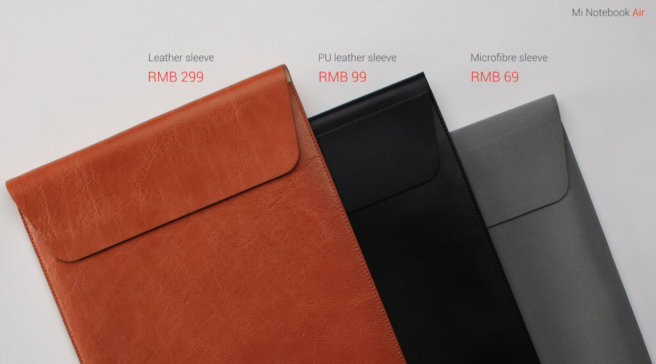 The size of screen frames has been drastically reduced to almost nothing on the sides, so a compact efect is achieved. 30.9 cm x 21 cm are the end of my Air Notebook. Compared to the model of 12.5, we know that it weighs 1.09 kilos, but no data of their dimensions full. 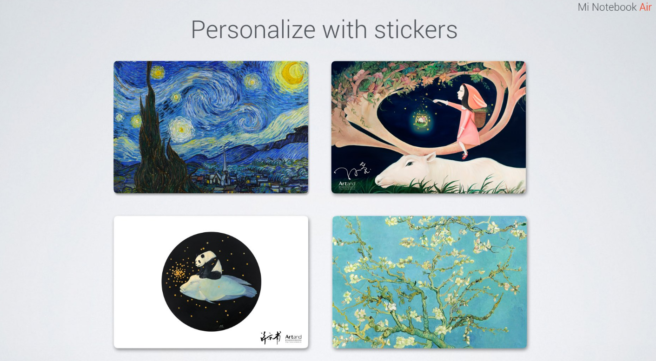 To finish off the move, Xiaomi has launched with its new laptop covers three different materials, as well as different stikers with spectacular designs to customize our unit.

Price and availability of the Mi Air Notebook

The device will be released in two variants the next day on August 2 in China. To buy it from Spain, we have to wait to be displayed at the shops online that we usually feed products to the Chinese market. 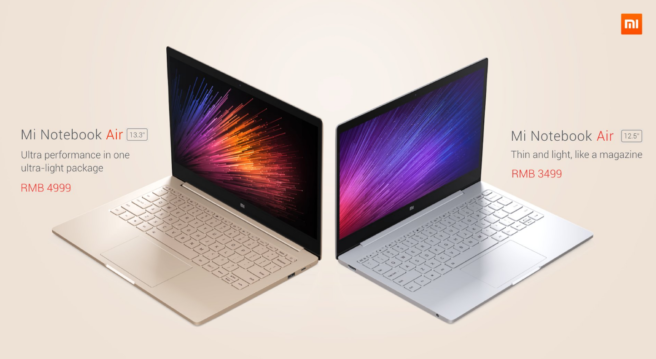