Jailbreak. Root. Words always associated with control of the kernel of iOS and Android, play a certain role: take total control of the operating system. However, regardless of the method to get the known root permissions, what are the differences between the root and the Jailbreak?

iOS and Android have evolved significantly since they overinflated as a software platform for smartphones and tablets, in general. To date, the user experience is much more complete. However, in the beginning we did not have as many features and enhancements such as those they enjoy today. That was perhaps the main reason that led to the developer community to find an alternative, though today still being accepted by a large number of users.

A purpose in common

Why are some users to Jailbreak and root dragged? Mainly to eliminate restrictions imposed by Apple and Google in its software platform. Impositions that mark the line of the functionality that the manufacturers want to offer, unless the user can exit chapter options and available settings by default. By the nature of the code used UNIX, Jailbreak and root pursue superuser permissions to achieve that freedom to modify any kernel parameter.

Range of the Jailbreak and the root

As a general rule, the Jailbreak was initially designed to install applications that Apple did not allow to publish to the App Store. In fact, the Jailbreak is very intimately connected with Cydia, repository of apps and software alternative to the Apple App Store .

In terms of the root, we could focus this change more in the modification of the characteristics and aesthetics of the system. And it is in this sense Google Play more permissive when it comes to developers to publish applications to exploit the benefits of the root.

Product of these approaches, software that revolves around the Jailbreak has been always linked to actions focused to improve the experience of use of apps while the root offer the possibility to optimize the operating system itself “a taste of the user”. In this sense it importance special tools like Xposed and its modules.

How to install Xposed on an Android smartphone

When comes the turn of updates…

In this sense, Apple does not prevent the Idevices jailbreak to receive updates. Computers can download and install updates OTA released by the manufacturer. However, it is well known for many updates released for those who want to keep the Jailbreak since the installation of such risky OTA may include – and in fact include many times-patches that neutralize the bugs used to unlock the system. The downside here is that users do not know how much time can pass until the developers achieve the alternative method for again violating the updated system.

On the other hand, for the most part with Android devices, the root is reason why the terminal does not detect updates OTA or, at least, that it is not possible to download them and install them. The alternative option is manual installation of firmware that includes this update, something that involves losing Yes or Yes superuser permissions. However, unlike iOS, in most cases it is possible to retrieve the root. 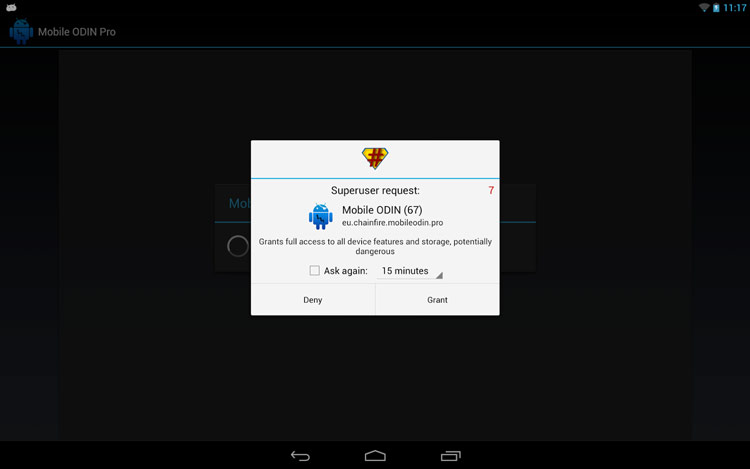 Both alternatives pose a risk of additional security that anyone from Android and iOS runs. Stopping any application to be able to take control of the system leaves a hole for leakage of private information. In this sense Android has a situation advantageous to the iOS since Jailbreak users must rely on the developer who compiles the app compatible with the Jailbreak. Despite filters, Cydia is a unique way to install alternative software and there is no control as such.

In the case of Android, the existence of tools such as SuperSU allow the user to take control of application access. This software allows you to manually allocate permissions to the user. In addition, applications are installed mainly from Google Play, which has security filters imposed by Google, assuming an additional malware the barrier, while sometimes it is stamped by the crackers.

Previous F7 Pro: what it incorporates the more phablet of Doogee?
Next The new Sony Xperia XZ and Sony Xperia X Compact, shown in video