This year we have known the first smartphones with internal memory of 256 GB, Apple among them with its 7 iPhone and iPhone 7 Plus. However, this career by increasing the capacity of the system of storage internal of this type of devices not is stops and SK Hynix already has of it technology and the method of production for go more beyond. The company has not indicated the capacity, but when they are available, during the second part of 2017.

Although still there are models with memory internal of 8 GB, susceptible to stay is without memory quickly and cause many inconveniences to their owners, by luck them versions standard begin to place is in them 32 GB. However, most outstanding high-end models have reached heights until recently unthinkable this year. The most extreme cases are those smartphones with internal memory of 256 GB.

The Samsung Galaxy S8 storage could offer up to 256GB

Memory internal to smartphones over the 256 GB

Although during the first part of next year are estandarizarán models with more memory and those premium with 256 GB models will be increasingly common, should not surprise us if facing half of 2017 makers introduced higher-capacity memory chips. 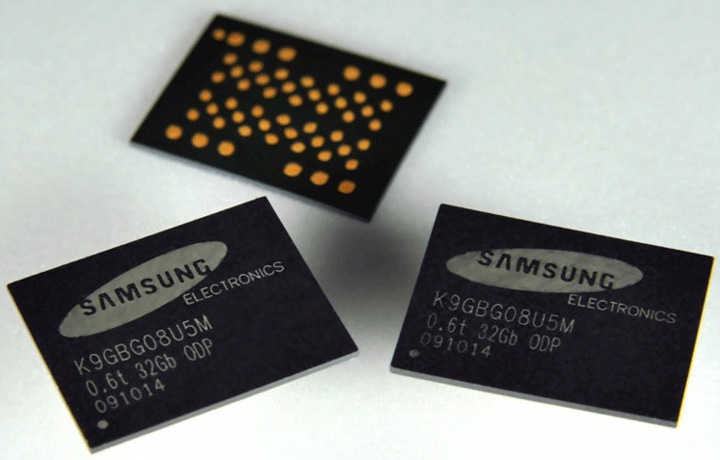 And is that SK Hynix, one of the manufacturers featured and protagonists in this sector, already has between hands a new evolution of the technology that makes possible that have memory flash of similar capacity. As we can read in media specialized in South Korea, the company already prepared 72 layers NAND Flash 3D memory chips. An evolution that, mainly, will increase the density of data from the memory chips. Of this mode, is makes possible the introduction of memory of greater capacity in a chip of the same size or even more small, condition indispensable in a smartphone because has of the career by the miniaturization of them components.

Note the great evolution in this type of memory for years. And it is that from the manufacturers to adopt the 24 layer NAND 3D technology in 2013, since then they have undergone 32, 48 and 64 layers currently used, for example, Samsung and Toshiba.

The internal memory of the Samsung Galaxy S7 performance test

Not there is greater details to the respect, but is of expect that the movement of Hynix do get to them smartphones of 2017 memory that well could overcome them 480 or 512 GB. Similarly, the optimization of the manufacturing process would encourage the manufacture of more efficient memory from the energy point of view and remains to be seen if it increases its performance.

For now, Samsung has its memories with UFS 2.1 technology which currently rank as the fastest in the market, as has proven manufacturer in their own Samsung Galaxy S7.