Huami Amazfit Smartwatch, the first smartwatch of Xiaomi has trick

By surprise the known manufacturer of mobile Chinese just of presenting of shape official which would come to be the first smartwatch of Xiaomi. And we say “come” because in reality this wearable device hits the market under the name of Huami Amazfit Smartwatch, belonging to the sub-brand of Xiaomi: Huami, company already launched by different smartbands in the past.

In this way we could consider this Amazfit as the first smartWatch of the company. Amazfit, in addition to being the first Xiaomi smartwatch clock is also the first smart watch in the world equipped with GPS sensor 28nm. Account with IP67 certification and will be on sale tomorrow only in China, so initially we will soon see it beyond the eastern borders.

Your price is for 799 Yuan (approximately some 100 euros). By this price Huami presents a clock with a bezel of ceramic rexisting to the scratches and with the possibility of replace the bracelets to the more pure style Apple Watch. Also iincludes a battery of 200 mAh that, according to the manufacturer, gives up to five days of duration to the smartwatch. 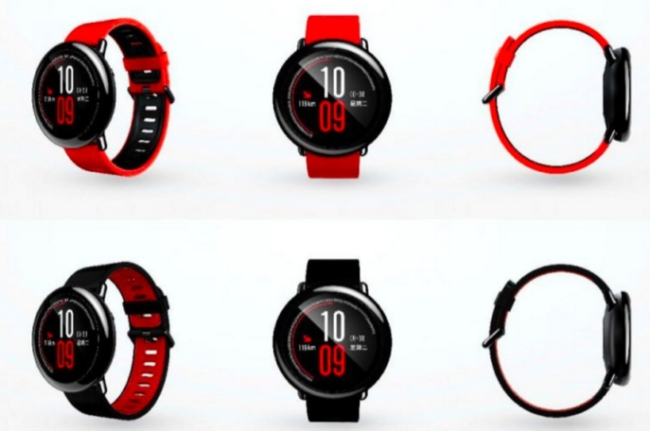 In the part front we find a display of 1.34 inches with 300 x 300 pixels of resolution. The smartwatch Xiaomi hides inside a processor running at a speed of 1.2 GHz with 512 MB RAM and 4 GB of internal storage. Heart rate sensor that presumed clock is located in the back of the field.

Unfortunately, and as it is becoming customary in the Chinese smartwatch, the wearable doesn’t have Android Wear. Instead Huami Amazfit Smartwatch se can connect to any device Android with it application MiFit.

If someone does not know Huami, I can say that it is a sub-brand of Xiaomi dedicated to the distribution of activity bracelets. We could say that the strategy of the Chinese manufacturer is very similar to the Huawei and its brand Honor.

Unfortunately, as so it seems that it will happen with this Huami Amazfit Smartwatch brand devices tend not to be marketed outside their country of origin, so it is difficult to see the wearable in Europe.