Google Allo and Duo could merge soon with an update

The last edition of the event to Google I/O developers unveiled, as well as the ins and outs of Android 7.0, the new commitment of the search engine to compete with WhatsApp Messenger, Skype and other Instant Messagingapplications. The big G surprised Google Allo and Duo, two independent Messagingand video calling apps. However, this strategy could diverge very soon according to the words of Justin Uberti, a prominent engineer of the company working on the project. We cannot rule out merger of Google Allo and Duo in a single application from an Update of them.

First it was a Duo, the app for video calls. Just in the last week officially debuted Allo, an alternative to meet the mastery they have WhatsApp and Messenger in the field of Instant Messaging. Ease of use that I wanted to do the multinational gala, however, seems to have become more critical. Despite having locked up the list of the most downloaded apps in Google Play, Google Allo and Duo have not had the expected acceptance. 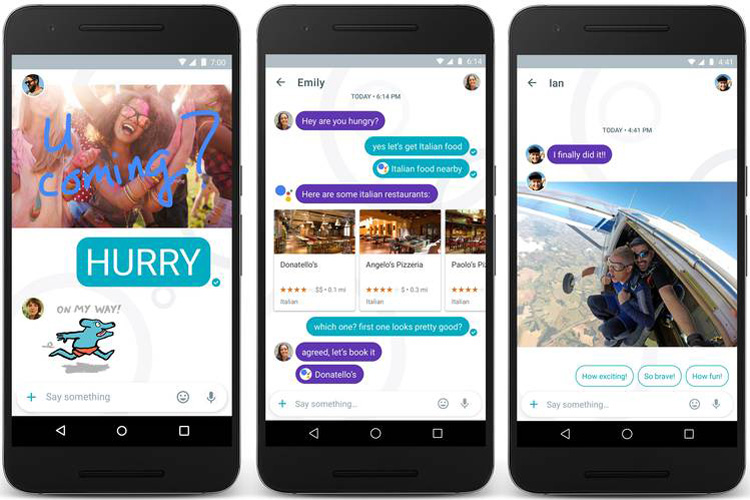 Download Allo, the rival to Google to WhatsApp, which is now available

Premiere of Google Allo and Duo

After the official launch, the technology firm has heard criticism from users after the initial sensations caused by Google Allo and Duo. Similarly, one of the heavyweights behind the development of Google Allo and Duo, Justin Uberti, wanted to express from his Twitter account has been the premiere of both bets. Indeed, we can see how Google Allo has generated 10 million downloads in Google Play since it was released, something that triggered the app to the top of the top ten of the Android store downloads. However, more substantial information from the exchange of views between the Google engineer and those who wanted to contribute their suggestions.

And a special 👍 to those who asked for a feature, but understood that Allo v1 is just that: 1.0 product that will improve every few weeks.

About the direction taken by the situation, Justin Uberti has incised with special momentum that it’s the first version of Google Allo and Duo, and as such, much work ahead to Polish them from updates. It promises that there will be frequent updates which will be introducing new products and new features. Information clearly aimed to put fires since both services have been labeled too dull, without sufficient features to compete with other more mature alternatives, where WhatsApp is positioned as the beast.

The possibility of Google Allo and Duo in a single app

According to the words of Uberti to one of the questions asked by one of the interested users, Justin has indicated that does not rule out the possibility of merging Google Allo and Duo in a single application. In this mode, the new service of the Finder would offer a experience of use more complete. In fact, is thinks that the project not is merged before its premiere since the development not was all it swift that out necessary to make a premiere in a single app. And the truth is that logic indicates to what is necessary to have two apps to enjoy two services when other platforms combine calls, video calls and messaging in a single app.

Thus, in addition to the possible innovations that can incorporate the company in future updates, you’ll be if you confirm the wishes of the users of Google Allo and Duo, an interest which the own Justin Uberti.

All games Google Allo (including Solitaire)

WhatsApp prepares an official chat with alerts on the application room

Article Google Allo and Duo could merge soon with an update was published in MovilZona.

Previous How to view the Aragon MotoGP online from mobile phones
Next The State of Windows 10: these are the manufacturers more popular