After its presentation in USA by the company developer, Evie Laucher comes to Google Play for all. The Launcher of applications already can be installed and promises features that make of the app an option rather than interesting at the time of customize the screen of home of our smartphone Android. Below, we explain the main features and tools included that make it truly attractive.

Customization is one of the strengths of Android and the so-called launcher are some fundamental parts to do so. And is that regardless of the tools and functions that can bring the system operating, the access to this type of applications us allows set the personalization of our smartphone to the maximum. A reference in this aspect is Nova Launcher, although the list of options in this sense is wide. Joins that list now Evie Launcher. 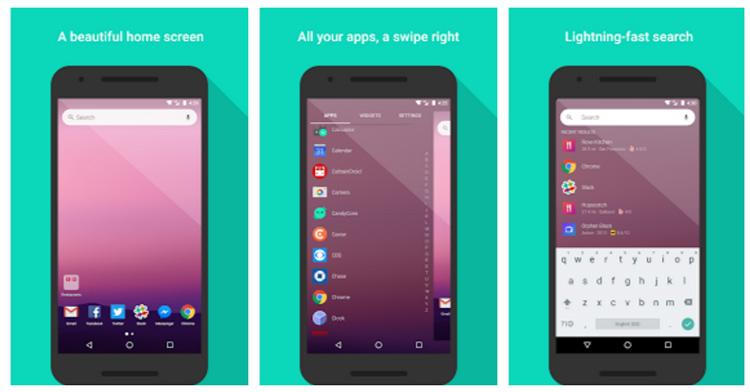 To understand what Evie Laucher offers the first thing to do is to understand precisely what it is. What is a launcher in Android? Mainly, we can define launcher as part of the platform software of Android that is responsible for listing and facilitate the implementation of the applications installed on the system. From here, both the native launcher and the alternative available on Google Play functions and added extra sections that make them special. In this sense, Nova Launcher is has developed in the main reference in the shop of apps of Android by its versatility and performance. However, many alternatives exist to which are added to companies such as Microsoft.

Search all in one

In this case that us accompanies, Google Play receives an alternative more to be considered by its performance and appearance. Evie Launcher, as advances the video, offers a search in which is centralizes all the capability of the launcher. In said box can find all type of content, information and software from a term specific.

As well as, can find a contact with so just typing part or the name full of the same. In addition to the installed apps, Evie Launcher offers a fusion of searches of other alternative online services such as restaurants, directions, movies and many other content.

In parallel, Evre Launcher has different screens from which access and manage apps, widgets and the own settings of the launcher just slide your finger. In this aspect, the customization of the default launcher is very minimalist, but what makes it special is the ability to move settings and customization from previous launcher software apps to Evie Launcher.

You can download the Evie Launcher application from Google for free Play from the banner below.

More information on the page of the developer.

Article Evie Launcher, a launcher for Android very elegant, fast and functional was published in MovilZona.

Previous The beta of iOS 10.1 hides an important optimization for the iPhone 7 Plus
Next The update rate of iOS 10 rises to 48%, beating iOS 9 for the first time