Rom news this week has elapsed with news about Cyanogen, Google emergency locator service, Bubble Zoom to PLay Books many new features for OnePlus 3 for example OxygenOS v3.2.2 and a graphical tool to use ADB/fastboot commands.

According to the latest information the Cyanogen Inccompany, which was born sponsored the popular custom ROM CyanogenMod, proceeded to the fired more than 20% of workers in its workforce. The news was accompanied by rumors that the company was going to make a turn toward applications since many laid-off employees worked in the development of the ROM. The response that has been given from Cyanogen Inc. is that is will continue financing the project while maintaining an active role in its development and that will not make a turn toward the creation of applications.

Google launches an Android emergency locator service so that the emergency services receive your exact position automatically after a call from an Android smartphone without forcing the user to do anything. From now on, calls to the emergency services will be much more effective. Google in collaboration with such bodies and own operators, prepares a service location of emergency with the ability to send our location through triangulation of antennas, signal for nearby WiFi networks and GPS via our call for help. This is expected to give a faster response and save lives but at the moment it is only available in United Kingdom and Estonia. 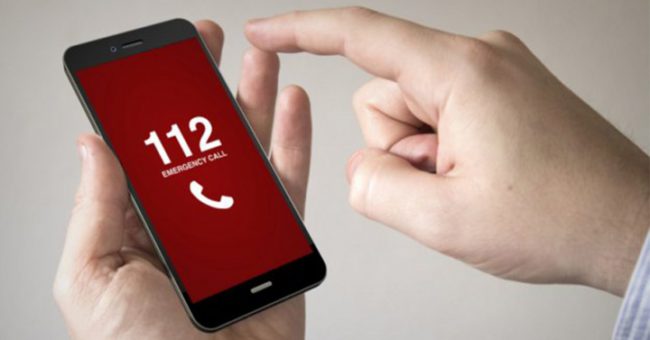 Google has just introduced a new feature of Play Books call Bubble Zoom allowing with a touch on the screen to increase the size of comic dialogues. The technology employed will be the same that recognizes the content of them images in Google photos and is capable of recognize automatically the bubbles of dialogues of them bullets. Time Bubble Zoom will only be available in United States for the Marvel comics and DC. 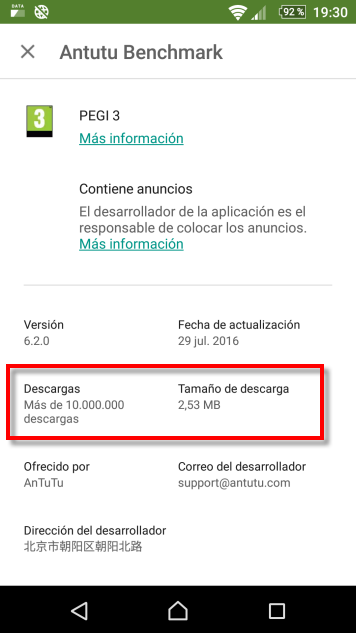 By another Google Play will best optimize downloading an application, if you did not know him in an apk file it comes compressed the application itself, the translation of languages, images and some other things. When there is an update in the vast majority of cases is not downloaded whole and only lowers the part that has changed. Until not long ago Google Play only showed you the size of the entire apk but now If we want to know exactly what deals with more information in the section download size we can see it.

In recent days the Nexus 5 users have reported sound problems with the operation of your smartphone in relation to the management of the volume. The worst thing is that these incidents have been caused by the latest security update. Google plans to solve the problems of the Nexus 5 with an update that will at most take this next week according to the Community Manager.

As for the OnePlus 3 has received an update to your firmware to version of OxygenOS v3.2.2 which occupies a 270 Mb. Among the most significant changes will be the improvement of notifications in doze, suppression of fingerprint sensor mode when it is in your pocket, improvement of the noise cancellation in the video recording, updating of the video codec for recording in 4 k and security patches. Also is news because OnePlus 3 already has its first version of CyanogenMod 13 Nightly but remember that to install it you’ll need to have installed a modified as the TWRP recovery.

To end this section I bring you a graphical tool to use commands ADB/Fastboot developed mhashem6 from XDA and can be used both in operating systems Windows or Linux. If do not know you the commands adb/fastboot are needed for example to unlock the bootloader or upload the firmware stock in terminals like the Motorola brand and many others. 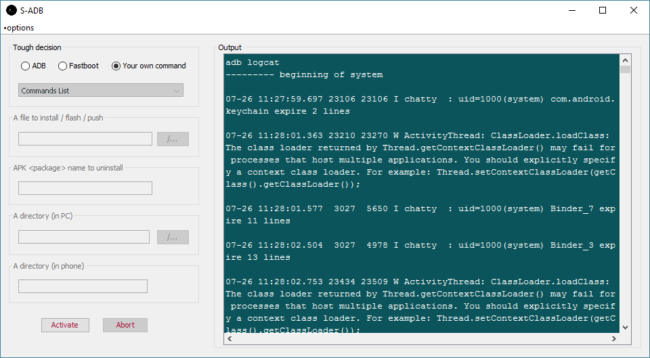 2016-07-31
TA
Share
Previous Top 5 free Android games: SBK16, Dots &amp; Co and more
Next Cube i7 Book: get it at the best price, lowered along with other tablets of the firm