Breaking News
Home / News / Comes the Jailbreak for iOS 10.2, but without support for the iPhone 7

Comes the Jailbreak for iOS 10.2, but without support for the iPhone 7

Luca Todesco activated the machinery yesterday itself. Was the anteroom to the Jailbreak for iOS 10.2. And is that the developer Italian published the code source of its already known tool Yalu. Finally, today already is possible to download the version of Yalu compatible iOS 10.2 (that not with iOS 10.2.1). However, as already is discernable from the last month of December, the iPhone 7 will be out of the models compatible.

The history of the Jailbreak is much less interesting. Behind all and each an of them versions of the platform of software of Apple there is a relentless struggle of developers against the Department of engineering of software Apple. And is that the Jailbreak always has State subject to the search of holes of security and exploits with which take are of them first. With iOS 10 could tell that Apple has difficult largely the work of the scene on the iPhone. However, the battle continues, and today, iOS kernel remains available to users, at least in part.

Although up to Luca Todesco does relatively little popular developer had remained in the background. It only came to the fore to show the effectiveness of its methods and discoveries around the Jailbreak, but it did not share them with the community. It was the moment in which groups of developers like Pangu or TaiG took the lead. 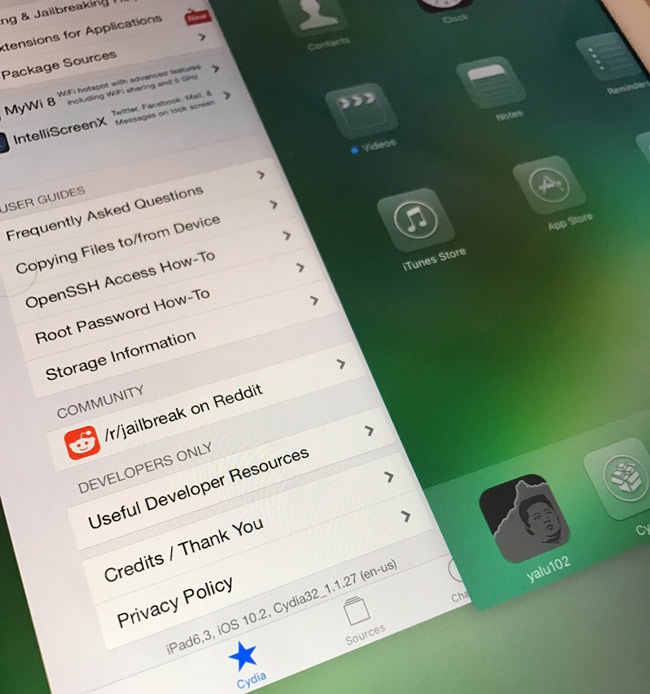 However, the difficulties in finding new ways to develop and evolve the Jailbreak of iOS updates has blown up to a foreground to Todesco. He did it at the end of last year with the release of Yalu to infringe iOS 10.1 and redo it to Frank iOS 10.2. And it is at this time already available version of your tool to achieve the Jailbreak for iOS 10.2.

The jailbreak for iOS 10.2 will not work in the iPhone 7

Without support for the 7 iPhone and iPhone 7 Plus

However, the tool comes with restrictions and the most important thing is that it leaves out the new models of Apple. And Yalu is not compatible, for the moment, with 7 iPhone and iPhone 7 Plus. The truth is that the news doesn’t come by surprise since the own Luca warned him when the Jailbreak for iOS 10.1 was official.

So, for now only is possible the Jailbreak on iOS version 10.2 on the iPhone 6s (including the Plus version), iPhone is and iPad Pro. Then reach more compatible models list, but equally we have to discard the new iPhone. As a note, Yalu is compatible with iOS 10.2, but we have to remember that Apple released last week iOS 10.2.1, patch that now prevents the Jailbreak.

You can download Yalu 10.2 from the developer page. In the same way, it is necessary to indicate that it’s a Beta software and the own Todesco warns that it is not stable, likely to cause errors.

The article becomes the Jailbreak for iOS 10.2, but without support for the iPhone 7 was published in MovilZona.

Previous Blade A610
Next Google Chromebook: What, why going to succeed and where to buy from Spain