Breaking News
Home / News / Characteristics of the Gionee M2017: 6 GB of RAM, battery of 7,000 mAh and skin of crocodile

The Gionee M2017 already left to see part of the sheet as it passes through the TENNA. However, today was the day chosen by the Asian manufacturer to officially present the model and now is when we know in depth the characteristics of the M2017 Gionee. Among the more outstanding listed 6 GB of memory RAM, although perhaps it more significant is the introduction of a battery with capacity for nothing less that 7,000 mAh.

With the introduction of the M2017, Gionee closes this year 2016 with a less flashy model. And it is by different factors as are its design, features, but also not leave to nobody indifferent by their price. And it is the most basic version will start at 960 euros, but the more luxurious version goes to 2340 EUR. All for details such as the crocodile leather inserts on the rear side of the housing, among others.

There is no doubt that the design of the M2017 Gionee is much less conspicuous. As you can see yourself in the images, the model has a very peculiar design line. Angular forms that merged with others somewhat more soft and curved to the sides of the computer. Trims and insertions of metal parts that adorn the side of the back cover are other examples that reveal the somewhat Asian personality of the team. 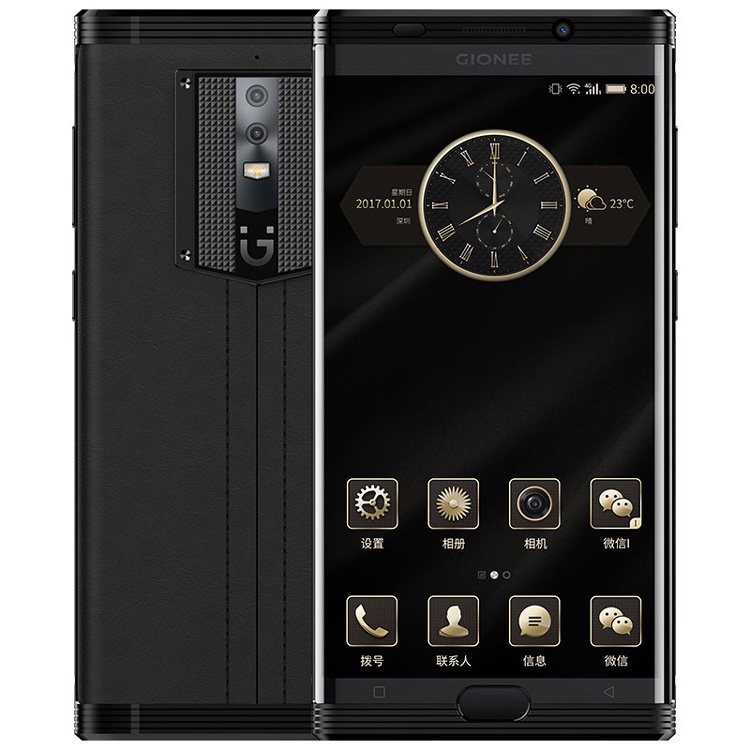 Also, the version more exclusive of the Gionee M2017 highlights by incorporate in the part back of its housing a cover of skin of crocodile and the color gold for them parts metal, of aluminium.

In regards to the datasheet with the characteristics of the M2017 Gionee, the team includes a QHD AMOLED screen of 5.7 inches and 2.5 d of Sapphire Crystal. Also inside is a processor Qualcomm Snapdragon 653 of eight cores frequently maximum of 1.95 GHz.

In the part of the memory, the Gionee M2017 has of 6 GB of RAM, although the system of storage determines to its time another difference between the two versions of the team. The more basic features of 128 GB while the premium includes a chip of 256 GB. Both do not provide capacity to increase this memory with microSD cards.

Other details and characteristics of the M2017 Gionee is the section of the camera. In this case, the phablet adopts a configuration of dual rear camera with 12 and 13-megapixel sensors. For the camera front, the signature includes a sensor of eight megapixels. 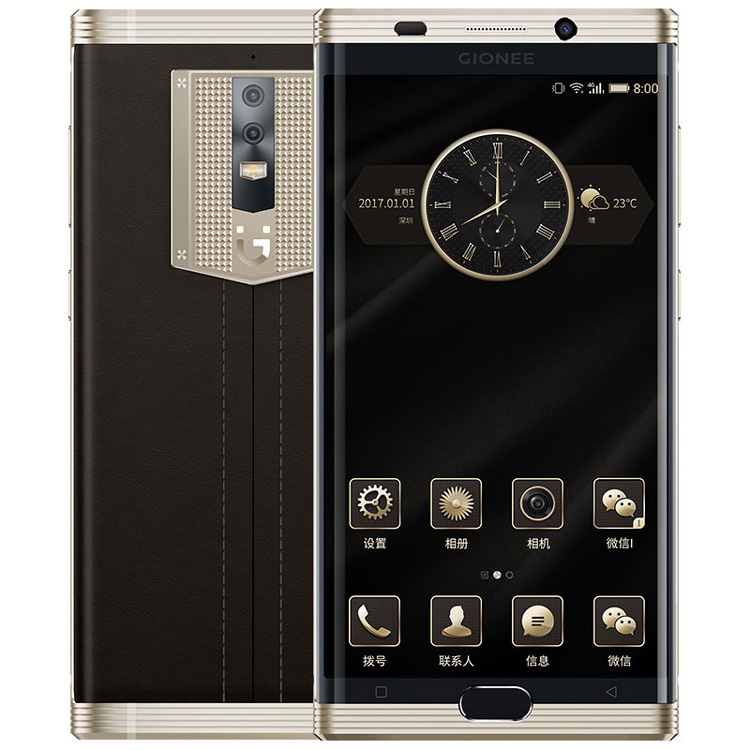 As already overtook at the beginning, one of the salient features of the M2017 Gionee is the battery capacity. The firm announces no less than 7,000 mAh, although we must clarify a couple of technical details. It is in fact a 3,500 mAh dual batteryconfiguration, quite possibly for faster loading of the same. And it is that as well as having Quick Charge 3.0 Quick charging system, adopts double chip load measurement to breathe twice the energy per unit of time. Something like charge two batteries at the same time.

In what refers to the section of the autonomy, so monstrous battery offers a few times of use ranging up to 915 hours standby at 26 hours on video playback.

Gionee M2017 is focused to the Asian market, but at the same time a very specific customer. And it is the most basic version of the model has a price, change, about 960 euros. On the contrary, the more luxurious version of the M2017 Gionee is going to 2340 EUR.

The article features of the Gionee M2017: 6 GB of RAM, battery of 7,000 mAh and skin of crocodile is published at MovilZona.

2016-12-26
TA
Share
Previous You know Pikes, a photo app designed for Christmas
Next How get the Samsung Galaxy S7 to a price of 399 euros