Available update for OnePlus 3 with Android 7.0 Nougat, in Beta version

Promised Android Nougat OnePlus devices last for this month and, while squeezing, the company has fulfilled his word. And it is already available, initially in Beta version, the update for the OnePlus 3 with Android 7.0 Nougat. It is a test version that can introduce instability and some errors. The final version, the officer will come to OnePlus 3-OnePlus 3T during the month of December.

OnePlus was born in order to offer high-end content-priced smartphones, but one of their main complaints was the software. Thanks to Cyanogen OS and the excellent balance between price and performance became quickly with a niche in the competitive market of smartphones. Three years later, now without the support of the development team of the popular ROM custom its commercial version, OnePlus Chinese continue working hard to keep for themselves the hallmark initially created by Cyanogen Inc.

Android 7 Nougat for OnePlus 3 beta will arrive this month

The software, one of the pillars of OnePlus

To date, that attempt to deal with the hollow of Cyanogen OS has resulted in OxygenOS, their own firmware, and a policy of updates through very frequently release software upgrades. We have already seen it on numerous occasions and the last came with a patch in the form of OxygenOS 3.2.6 improving camera video recording.

However, the most awaited updates by the OnePlus 3 owners – and also the recent buyers of the 3T OnePlus – is that will integrate into the system the latest version released by Google, Android 7.0 Nougat. Aware of the interest aroused by their customers, the company promised the first ROM in beta for OnePlus 3 with Android 7.0 Nougat this month. Thus it has been and today the first firmware based on Nougat is now available and that takes as a reference OxygenOS 4.0 version. 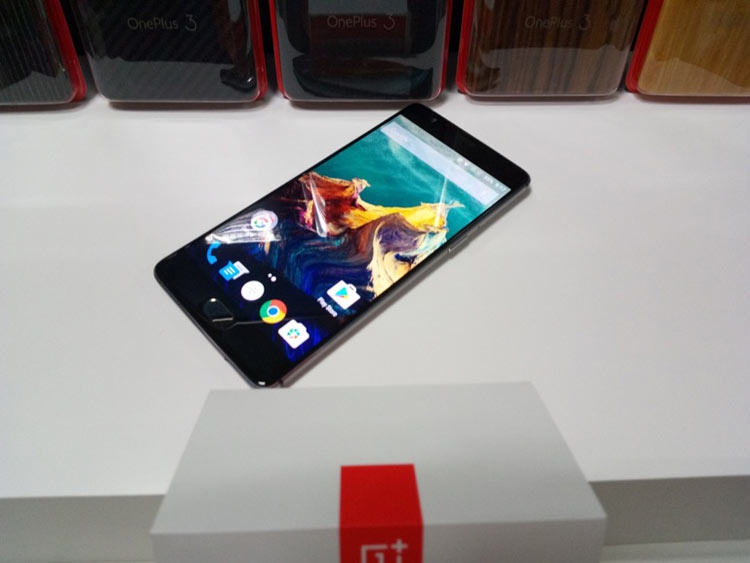 The update is available as a compressed file that can only be installed manually. However, for those who do not want to risk, the company also promises to update OTA official for the month of December for both models. And can be a good choice for those who are not really willing to experience problems since the company warns that it is a test version which does not guarantee stability, with some errors detected – in fact – and, perhaps more convincing, the difficulty to return to a stable of OxygenOS based on Android 6.0 version Marshmallow. For this process the manufacturer has developed a specific version of the ROM, but urges those needing to resort to the same customer service department.

You have the rest of details, link download and instructions in the forum thread of OnePlus that firm has announced the availability of the update to OnePlus 3 with Android 7.0 Nougat.

The article available update to the OnePlus 3 with Android 7.0 Nougat, in version Beta is published at MovilZona.

Previous Clip Layer: It works conveniently with texts on your tablet Android thanks to Microsoft
Next Filtered video of Galaxy A5 2017 with analysis of its design, features and user experience