Breaking News
Home / News / Autonomy of the Huawei Honor 5 c test: one of the best options in its segment

Autonomy of the Huawei Honor 5 c test: one of the best options in its segment

At the end of April we knew the datasheet of the Huawei Honor 5 c after his official presentation. Equipment was placed automatically as one option more than interesting in the mid-rangesmartphone segment, mainly due to its great balance between features and price. One of the strengths of the model is the capacity of the battery, even though the manufacturer did not offer us details about their autonomy. Now a test, a test of autonomy, offers concrete use times and figures are more than notable, beating out many of his opponents.

Autonomy is that another great point rating by users when purchasing a smartphone. A feature that, luckily, manufacturers begin to care more and harder adding batteries of higher capacity and density, but also enhancing the user experience with technologies such as fast loading. In the case of Huawei Honor 5 c, model was presented with a battery capacity amounted to 3,000 mAh, a tempting data according to other specifications. However, what is the real autonomy of the smartphone 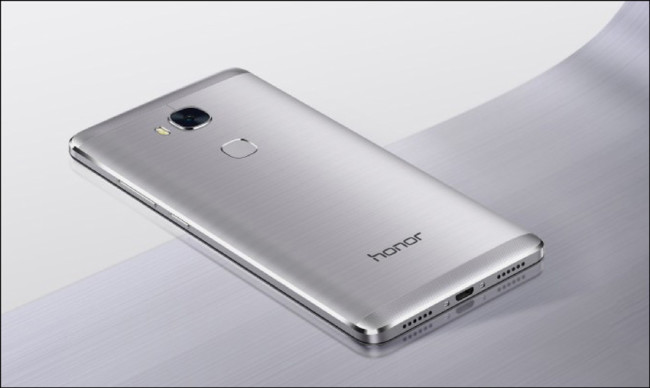 As already stated, Huawei Yes offered us a figure on autonomy, but only referred to the capacity of the battery. Despite the information, user information more in depth to interpret that technical data now Fone Arena team easier us through a test of autonomy. A test that, as they reflect the graphics, the Huawei honor 5 c in a position privileged in the range smartphones ranking average Orchid price of 200 euros, the cost that acquires the honour 5 c in Spain. 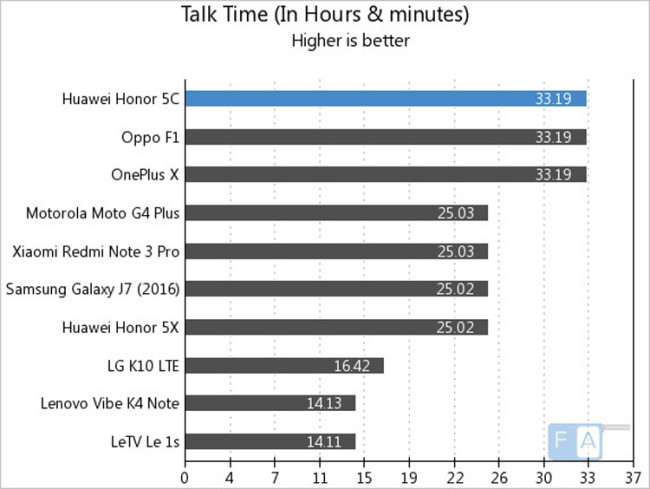 Already of full data and statistics of autonomy, these 3,000 mAh have been optimized greatly. Despite the display FullHD incorporated in your tab, as well as Kirin 650 processor and 2 GB of RAM, the result can be considered more than interesting. 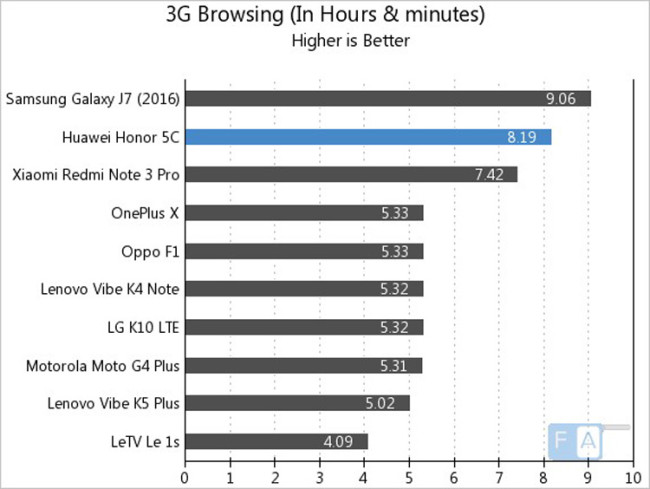 Thus, the times of telephoning rise up to something more than 33 hours, one fact more than relevant if we value models recently presented, as it is the case of the Lenovo Moto G4 Plus – and it is one of the main rivals in its market segment – offers around the 25 hours of autonomy in phone calls. 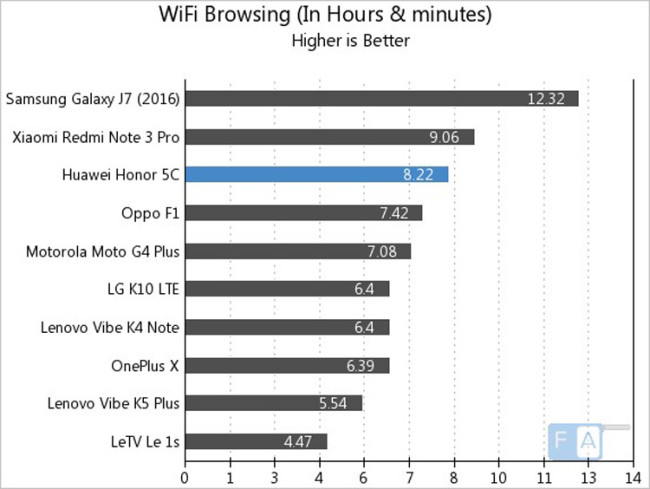 As for web browsing, data autonomy again reflects statistics rather than notable given that the 3,000 mAh of Huawei honour 5 c dan 8.2 hours in web browsing with mobile data connection. Interestingly, according to the statistics compiled by Fone Arena, the data is repeated in web browsing under WiFi connection, exactly those same 8.2 hours. 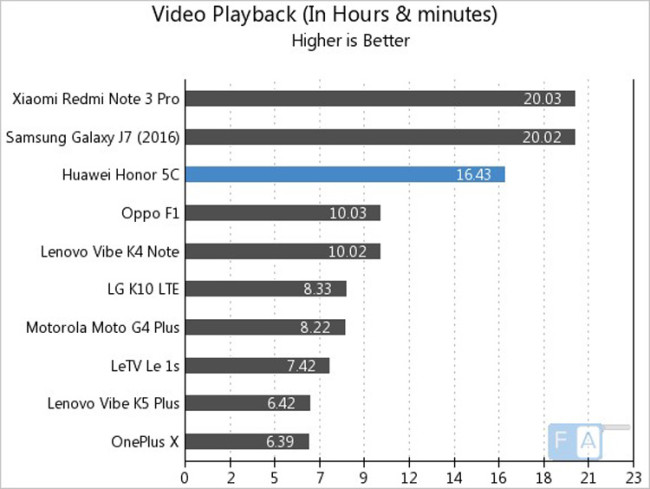 In the multimedia section, the video playback is extended up to the 16.4 hours, again being model more than outstanding in this field.

Certainly some very interesting statistics of autonomy, especially in what concerns battery life on phone calls and playing videos, data that are well above the average.

Autonomy of the Huawei Honor 5 c Test article: one of the best options in its segment was published in MovilZona.

Previous Do pre-installed in your Android tablet applications consume battery even if you don’t use them?
Next Comparative design OnePlus 3-Vernee Apollo Lite (video)