AirDroid for iOS will be available at the beginning of 2017

AirDroid, this tool that allows you to manage your Android smartphone from the screen of a PC, without the need for cables of medium, will jump to the Appleplatform. According to you has been able to meet through an email from the developer, AirDroid for iOS will be a reality soon. And it is that during the first week of 2017 will begin a Beta testing program to subsequently release the official version during the first part of the year.

Despite the security problems that supposedly came to light, AirDroid is one of those applications that facilitate you life, especially if you spend a lot of time in front of a computer screen. And it is that AirDroid, in essence, allows you to manage your smartphone or tablet Android from your own PC, as well as transfer files between both computers wirelessly.

The truth is that AirDroid is a tool of great value for the amount of features available from the PC using the program provided by the company as a version for computers. As well, if AirDroid was exclusive to the date for devices Android, a mail of the company has revealed that soon AirDroid for iOS will be a reality. In this way, iPhone and iPad users will have available the possibility to manage their devices through the computer screen.

According to the information included in the quoted email electronic, the company calls to them users of iPhone and iPad to form part of the version Beta of AirDroid for iOS. A testing program that will begin during the first week of 2017 and that for be part only will need to sign up through a form. 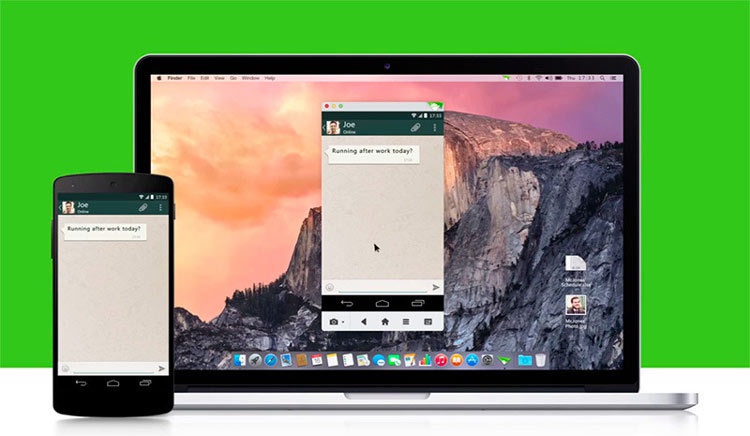 In regards to the official version, quite possibly see the AirDroid app for iOS in the Apple store during the first part of the year. That there is no evidence is of the features and functions that will have the app for iOS since everything revolves around the permissions required AirDroid on iOS.

Now you can answer WhatsApp from the PC with AirDroid, you explain how works

However, if there is differentiation with respect to the version of AirDroid for Android, the tool would receive much of the phone notifications on the screen of the computer, using the AirDroid client for the desktop version. It would also be possible to write with the keyboard of your PC and manage the smartphone with the mouse by remote control. In this way, it would be possible to write SMS messages, as well as manage contacts.

Article AirDroid for iOS will be available at the beginning of 2017 was published in MovilZona.

Previous Lenovo ThinkPad Yoga 370: the last convertible of the signature features
Next Android 7.0 Nougat we require to buy smartphones with 64 GB of memory