Samsung is one of the most influential companies of the time. It makes nothing mentioned that Samsung Galaxy S6 was almost ready to upgrade to the latest version of Android, because Android 7 for the S6 passed the Wi-Fi certified all versions have to go. Today, we will talk about the update to Android 7 of its latest mobile high-end, since the camera of the Samsung Galaxy S7 and S7 Edge brings new features.

Upgrade to the latest version of Android of these two devices must be about to arrive. We saw how the last year, the Korean firm opted for a beta program that worked really well in these two mobile phones, since users who want their mobile update before, could test months before their departure, a version in beta for Android 7.0 Nougat, and now, the final update will bring some improvements.

The camera of the Samsung Galaxy S7 is renewed

The innovations that brings this update to Android 7 are 5 in the photographic section. As we see in the image below, one of the new features that we have is the of activate do a photo on the front camera or record using voice commands. In this case, in English would be words like “Smile”, “Capture” or “Shoot”, while recording is “Record video”. In the update in Spanish, they would be words such as video, to do or smiles.

In the second novelty, we see how the Quick Settings toolbar simplifies and brings less icons, a new option in the screen in rear camera mode beauty, to enhance the face of people. 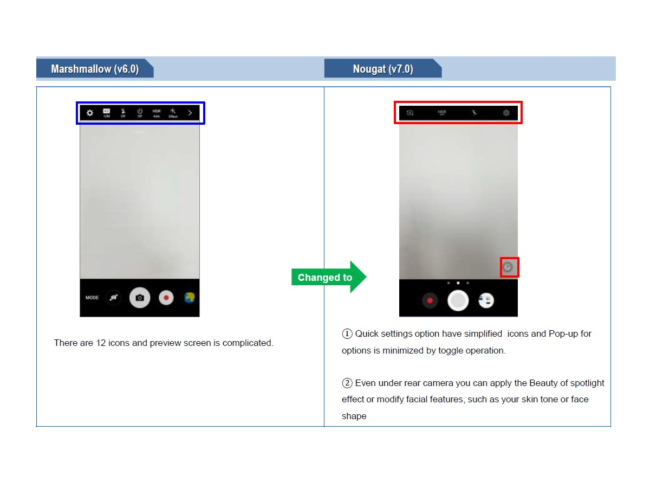 Another novelty that we see in the image below of the camera of the Samsung Galaxy S7 and S7 Edge is the easier to reach the different sections of the camera by sliding. If we slide towards the right, we find the effects, if it is left, the settings. In case of do it made up, will change the camera back by the front. 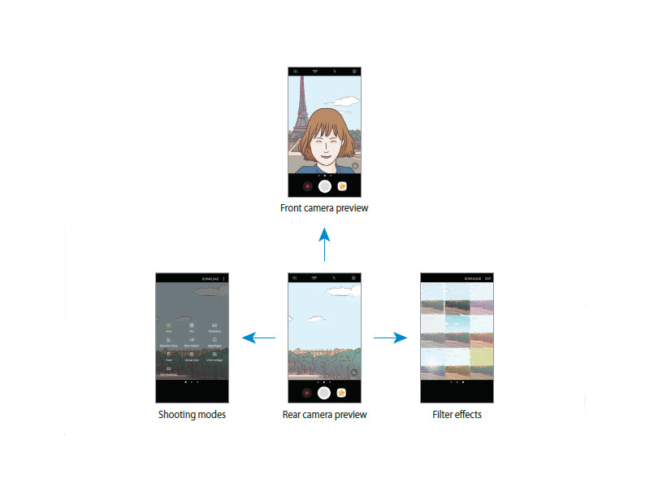 The interface of the camera is simplifies even more. See as in Android 6, the camera of the Samsung Galaxy S7 is much more saturated, while in the version of Android 7, is eliminate accesses direct and we found only them more important

Now can make photos more large in the camera front, with a species of mode panoramic, or also can make a GIF to share it with our friends. An of the news more important of this update of camera. 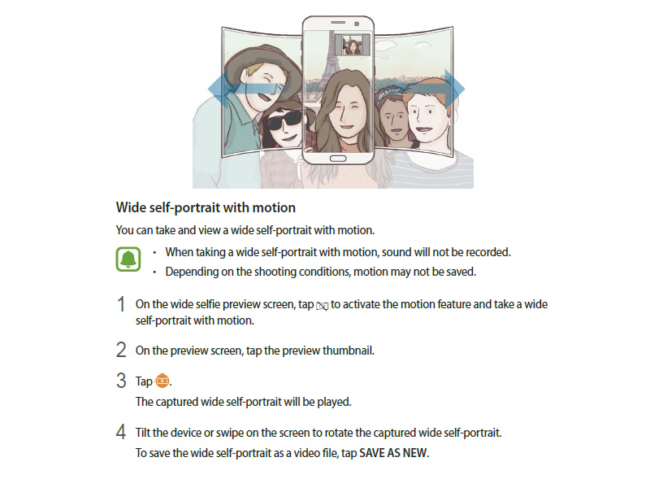 These have been all them news that will see in the camera of the Samsung Galaxy S7 and S7 Edge when reaches the update of Android 7.0 Nougat to all those devices. Not believe that afternoon much, since Samsung already is working on this, so in the next weeks not would be nothing rare see this new version of Android.

Article 5 new features for the camera of the Samsung Galaxy S7 with Android 7 Nougat was published in MovilZona.

Previous Users report problems in the Apple AirPods during calls
Next Pro 6 Plus: these are the characteristics of this last of Meizu